Around the Bay train delay

So I started hearing about a train that went through the Around the Bay 30K course today, causing a whole backlog of runners as it roared through Hamilton. I probably missed it by a bit, but looks like a whole lot of people had a little break from their race.

By looking at my run, it looks like it may have happened at the 5.5 mile mark or almost 9K in at Woodward and Walmer. 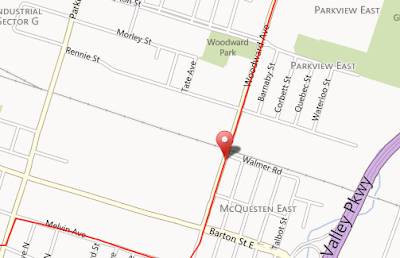 Anyways, it's interesting that a train would cause this because the reason why the race is held in March is because shipping by water begins in April and the race avoids conflict with the lift bridge. Apparently no one can really control when those trains come rumbling by. Some people say the delay took at least four minutes. A friend of mine who finished ATB in 2:49 was caught up in the delay. Were you there?

Take a look at some of the comments and pictures that moved during the race. Crazy!

I love this one.


Thrilled with my race at ATB but not thrilled losing 4 minutes waiting for a train. #hammer30K First time in 7 years I've seen the train
— Caroline Grech (@CarolineLGrech) March 24, 2013

The train has been a problem for a few years now. The date of the race is there to prevent the lift bridge alongside the skyway from going up, but those trains run all year long so there isn't a lot they can do about it.

Haven't seen it myself, but know quite a few people who have run into it in previous years. Typically it is only an issue for slower runners, but this year it appears to have showed up earlier than normal.

I am soooooooo glad we JUST missed it. Starting in the slow corral had its advantages. Had we'd been further forward or in the Green like we should have been, we'd have been screwed. We saw it in the distance, but it was gone by the time we got there.