College towns like Eugene in summer months are lonely places, where you can hear the calm before the storm that is homecoming. My first walking tour of Eugene had me walking a few miles to Hayward Field, where the Oregon runners flourish and where the field of track dreams are made. Not a soul was present as I peered through the gates at the  infield and the stands and took the obligatory picture. An hour later, I was in my running gear, running a 5 mile loop of Pre's Trail. What stood out for me as I was baking in the sun was the sound of wind, with barely a runner in sight. And also the sound of my footsteps and the bounce of my backpack registering a dull thud on repeat. If this was a Sunday afternoon run in a big city, I would have seen many runners, but here, I had it all to myself. Adjusting to the stillness was odd. I had music in one ear but I really couldn't concentrate. I tore the headphones off. 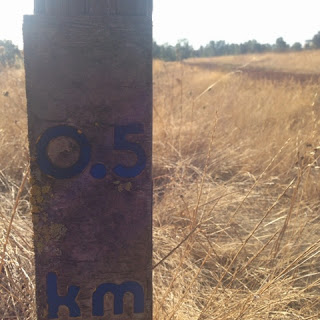 It seems every summer I'm reading a story or a post about how we need to unplug. Often, social media friends will declare a week or month away from their social accounts. Unplug and remind yourself of the stillness, they say. Unplug and settle your mind, so you can get some thoughts back. Disconnect so you can reduce anxiety, stress and the always-on nature of a connected society.

I watched on TV for a few minutes an infomercial -- a personal trainer was trying to convert two runners into believers in his revolutionary fitness routine.  Ten minutes is all you need, he says, in that ridiculous way easy claims sell themselves. Ten minutes can do more than a 30 minute jog (and he called it jog), and that 300 minutes will never get you abs or muscle. The infomercial then turned to a segment with a busy mom who was doing his plyometric program, saying she found it hard to find 10 minutes in her daily life. If she ever had 20, she'd double her workout, she said gleefully showing us her before-after shots.

We all ought to find more than 10 minutes.

We are a distracted generation. We are seeking those signposts that can capture our attention. Some may call it the fear of missing out, or the fear of getting bored, or the fear of feeling alone. What I see when I see a coffee lineup collectively check their smart phones, is not the same as disappearing into a book. We look down and are constantly checking, refreshing, launching, liking, reposting. That instant feedback and connection feels good. But is oddly unrewarding.

My colleague showed me a graph of computer device usage the other day. It was tracking the use of smartphone, tablets and desktop through the day. In the morning and evening, mobile use jumps. In the evening, mobile and  tablet use rises. Many people are using more than one device at a time. They're watching Netflix and posting status updates about watching Netflix. What the device-use stats don't track are things that are ultimately more valuable. Time spent with your mind at a standstill. Moments of stillness, can we ever get them back? 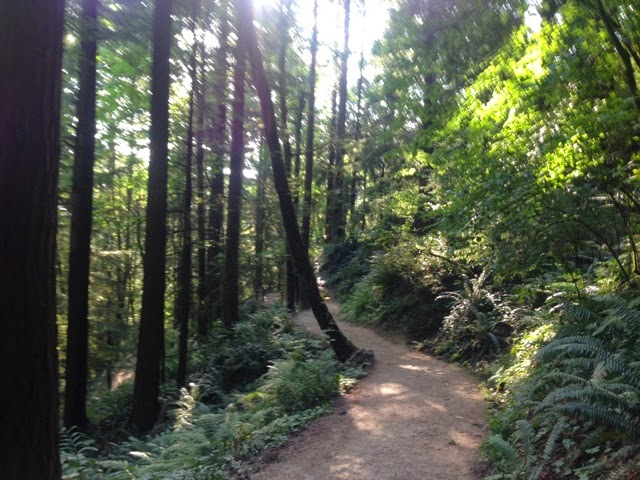 It once confused me that why, in the lifetime of a long distance runner, that I would never accumulate the 10,000 hours Malcolm Gladwell posits you need to truly excel at something. I look at the blocks of time, an hour on a Wednesday, 2 hours on a long run, and I only see myself chipping away at that overall total. On any given year, I may run 250 to 300 hours, which in total registers as a few weeks. Every week, I see my totals. Eight hours of running, barely enough time to fill my usual one 10- to 11-hour work day. If I add the time it takes to change, to cool down and warm up and then it climbs  to something more substantial.

It's odd that I try to find a lot of things to calm me, to keep things still. A lot of those things involve movement. I'd much rather run than watch sports, rather cook than eat takeout, rather write than read. When I graduated from school, my cooking became a refuge. I loved baking in particular or any prep that involved a knife and a cutting board and a bowl full of onion skins, garlic peels and discarded bones. I was using my hands that spend most of the day writing emails or updating spreadsheets or lugging a computer to the next meeting room, hands that would idly be checking email or a social media feed.  Similarly, when I started blogging, I felt finally I could let my fingers dance, the product of which was not am email or Excel updates or Google Doc notes. The act of cooking and writing were just two ways to be fully engaged with myself in a way that I could find that stillness, a context that would let my mind wander, to find that creativity once again.

Running is exactly that. Long distance runners are famously described as lonely, but even as we organize into training groups or join races by the thousands, I think we all seek that loneliness. We crave it. We need it more than it needs us. I run long for the same reasons most of us do. It's the necessary evil, I thought in the early days, to run a marathon. That evolved and now I run to run away from status updates, emails and text messages. I run toward solutions to life and work problems I somehow find on the roads. My best writing usually forms as bullet points on the trail, later brought to life on screen. I  retreat into the long paths to look up, up from any screen or device, up into the horizon, or to the field or trail or the beautiful bend. When I run I truly look and pay attention. 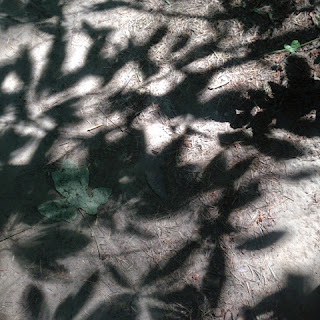 I keep thinking back to a person who can't get the 10 minutes. I think of all the things I've told friends what running gives me - health,  well being, a almost without fail, a chance to zone into myself and zone out the noise.

It's very noisy out there.

I ran a marathon on my birthday for too many reasons, one of them was to take for myself some reflection time. My vacation I'm on right now, l've packed running clothes, something to read, something with which to write and eyes wide open to the trails, paths and time I need to find for myself. In Portland, I ran trails one morning, a winding route, stunning in view, highs and lows in elevation. I lost myself on the trails, and even though I had many chances to shorten the run by turning back, I waited until I was 2.5 hours in until I turned around to return to the start. By the time I was done I had run more than 44 kilometers on the trails, five hours, 10 minutes. I can't even begin to tell you what I found in that time.

We all need to find more than 10 minutes. Sometimes, we need to fly away to find it. Sometimes, we just have to shut out the world and hit the ground running. Most times - in fact, without fail, all the time - it's minutes well spent when you find the quiet. No texts, no swipes, no sounds but the wind clipping your ear, your sole hitting the ground and your mind, it's finally starting to wander in the absence of all that noise.
Posted by yumke at 10:59 AM

Breathtaking insight. I try to take that part of "pay attention" and stillness from my runs into my the rest of my life. It's difficult, but makes me value being out there even more. Thanks for sharing your quiet thoughts.