The beauty of training

"I have to practice running more," a co-worker said to me the other day as I came back from a noon speedwork session.

"Training," I answered her. "You don't practice running, you train."

That word training, it's meaningful to me, even more so than "racing." With "training," I can somehow make a daily excuse to run. Training is how I can feasibly explain to a non-runner why I run 100 kilometres a week. Training is how I've managed to make a run streak that's now almost at 300 days feel almost normal. It's necessary, I say about my running without saying why it's necessary. I'm training.

Races are the shiny, glittery objects of our sport -- we all from time to time, with good reason, succumb to it. We fawn over them, covet them, collect their swag and obsess over them.  Over my bed hangs a few select medals I've collected over the years. The other medals -- taken after I've toed the line at marathons, countless 30Ks, halfs and 10Ks, are still stuffed haphazardly in a cardboard box with the Sharpie-scrawled "medals" that the movers hauled into my spare bedroom. It hasn't moved since I placed it on a shelf a year ago. While I keep my medals, I'm not a fan of the bling. I've never quite understood why these massive medals need to be created. I see people asking about medals before they will commit to running a race and I really don't get it, as if it's the swag that's the make-or-break reason why you haul ass for 26.2 miles. Truth is, the more medals I'll earn, the bigger a cardboard box I'll need.

Training though, I can't get enough of it. I love to train. Above all, training, and the process that it forces me into, turns running from chore to routine to just a thing that I do -- no need.

Jeff Adams is a Canadian Paralympian who gave a corporate motivational speech to my company offsite this past summer. Through his speech, he talked about "searching for excellence" in sports and how that relates to the business world. What I connected with the most was when he talked about goal races -- performing on the world's stage, when all cameras and eyes were on him -- he also related to us that he enjoyed the most about the process was the training.

Everyday I train, he told us, six years after he retired from a 20-year career. When you train, you're alone, nothing to drive you but yourself. When you train, you focus on all the parts that need to improve so you can perform at the top of your abilities. But however that goal day unfolds -- race day, Olympics medal day, your first marathon -- it's every day before and every day after that defines you.

While the often-euphoric feeling associated with race day magic is hard to be beat, it's the every other day that nurtures the runner in me. I thought it was a rare thought at first, but the more runners I'm meeting, I'm hearing similar themes. 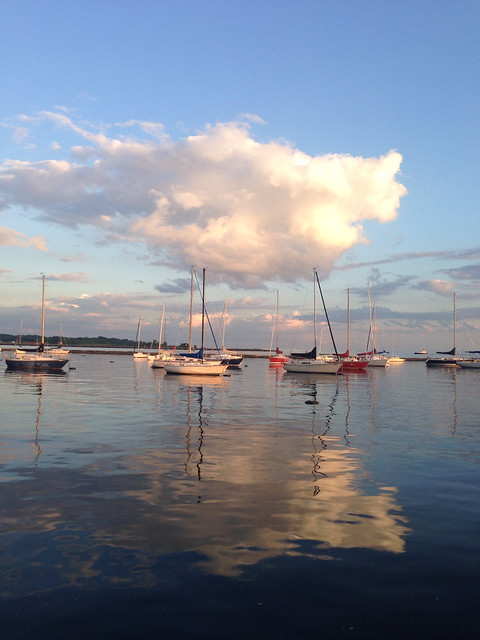 Training gets me up at 5:30 a.m. to fit in a run before work. Training gets me to put on my running gear right after the work day is complete. It gets me to flush out the schedule, urges me out the door on an early Sunday morning, and training makes -20C runs seem not only doable, but logical. Running offseason is wonderful, but it lacks the structure that the type-A self needs. I liken it to doing a strength workout without a good idea of what your sets or routine look like.

Committing to training is even more important than following a schedule. Training I associate with the words "commitment," "dedication" and "passion" even as I think of the words "escape," "pain," "hard work" and "disconnecting." Training pushes me beyond my comfort level. It has made me a better runner but at the same time turned me into a runner who loves running as much for the hard work as it is to simply run. In training partners, I'm finding people who feel the same. I no longer feel like the lone guy who just loves to run -- there are many more of us.


I told a friend today that what I loved the most about the process of long-distance training is that you can lose yourself in your training. It's a weird way of putting it, but I find that if I have a training I can zone into, it's almost like finding some sort of zen on the roads. Constructing a training program and then negotiating the obstacles that work-life balance inevitably put in your way is almost an art. I can simultaneously lose and then find a different version of myself I wouldn't have found if I had not pushed myself.

Training puts some sort of prime directive in front of me. It says I must run. So I run. The mind is at ease when I follow that mission. No weather system, nor lack of sleep, or the 30 minutes where I have to cram that run in, will interfere with that need. Training is an anchor -- its weight draws me back to the roads and even though it may be hard to find the time, or the effort, or the will, I always am happier to be in training and on the roads with purpose. 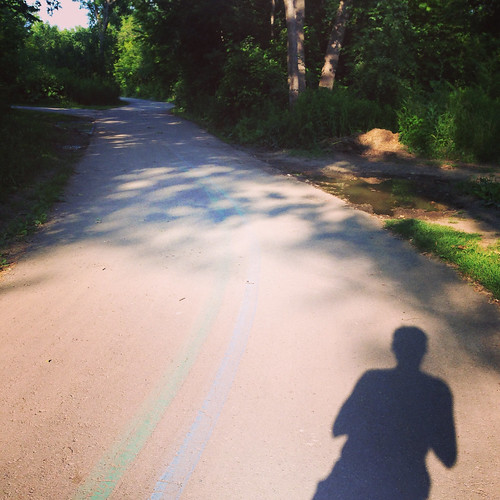 There are lots of things runners like to say about training. We say we have to train properly or we'll never hit our race goals. We say that we should "train to race, not race to train." But what I'm learning is that I now put races in the calendar so I can give myself a reason to build out a schedule. Races are where we want to end up -- training is the journey. I'm there for the ride, the road trip, not just the destination -- the view is best enjoyed along the way, in full motion. Because after race day, it's back to training and I'd have it no other way.
Posted by yumke at 11:25 PM

This is a great, well-written and well-thought out post. I wholeheartedly agree in the idea of training as a journey, which is why I'm missing it this fall. I'm still going to attempt to run Philly in November but I'm not training nearly as intensely as I did last year. I already miss that hard work.

Not everyone trains, even when they think they do, because often the element of pushing beyond the comfort level is missing! As you mentioned, simply following a schedule is not training. Commitment, dedication and passion aren't quite enough either. It's the continuous pushing beyond the comfort level which differentiates training from just practicing running. That's the door to that zen-like state you're describing, because effortlessness comes after one's pushed beyond the safe-zone. Then the chase begins to reach that bliss again and again...