Why #megsmiles? Because we're runners

Meg Menzies was one of us. A tweet informed me of her death a day after it happened. A few searches later, I gleaned the quick facts and as I read, my heart sank. Marathoner. Morning run. Drunk driver.

She was taken away from us doing what she loved. And it's a damn shame.

Sometimes what separates me and the driver staring back at me is my right hand, pointing. It's a trick I learned a long time ago, a test of trust between runner and driver. Often, going with the green or white walking-man signal, I'll slow my pace slightly, raise my arm, and point.

A connection between a 138-pound runner with a flimsy few layers of gear and the driver, encased in steel, glass and rubber, tonnes of it. I somehow believe that if I point, I'm making a connection, drawing our eyes together, as if to say, "Hi, I see you -- you see me, lets get on with this, I'm running, you're waiting."

There are moments of fear, when I realize that the said driver doesn't have his or her hands hugging the wheel. I know that look, accompanied by the glance down at their smartphones. That finger pointed could easy turn into a lecturing tsk-tsk wave.

The winter takes me out of the waterfront trail and on to the city streets. The short days put me in darkness, hoping that the glow of my Garmin, the blinking red LEDs on my shoulder and my silver-coloured gear is just enough to catch the attention.

Meg was one of us, so even though she was from Virginia and we're up here in Canada, there are no borders, no citizenship needed to be embraced or adopted into this running family. The fears we have for safety, the close calls we've all endured and the scorn we often face in the forms of a honked horn, yells or a steering wheel pushed in our direction puts this tragedy into focus. It could have been any of us.

A revolution on resolutions

Runners love to talk about goals -- almost to our detriment. We love setting new personal bests, beating our times for distance, for pace, for speed. We set goal races, have running bucket goal lists that we look to fulfill with ever building collection of bibs and medals. Sometimes, we race for those medals.

I'm just as guilty. If I'm meeting a runner for the first time, during a run, we'll eventually talk about goal races, goal times and lifelong running goals.

But many of us are here for the long haul and we realize that goals are not the point of the journey associated with being a long distance, long-time runner. 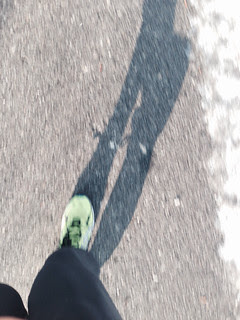 I've never made New Year's resolutions, never believed in them, never thought they added much more than a half hearted dead-of-winter attempts at improvement that inevitably -- and I mean inevitably -- fall short. The few times I started one, I failed miserably, like the time when I bought a stationary bike that sat in my condo for a full year before I decided to give it a spin. Besides, I hate gyms to begin with and a packed January evening gym session feels like torture, even more than a -19C windchilled city street.

I read a piece recently that distinguishes between goals and systems as a means to an end. The writer says stick to the systems -- those tedious, every day commitments -- and what we call goals are not only achievable but also a signpost on the road to a better you.

As writer James Clear writes, using an example from our sport but also writing about writing, winning or self development, "If you’re a runner, your goal is to run a marathon. Your system is your training schedule for the month." (Read it, a great piece.)

Choosing a goal puts a huge burden on your shoulders. Can you imagine if I had made it my goal to write two books this year? Just writing that sentence stresses me out.

But we do this to ourselves all the time. We place unnecessary stress on ourselves to lose weight or to succeed in business or to write a best-selling novel. Instead, you can keep things simple and reduce stress by focusing on the daily process and sticking to your schedule, rather than worrying about the big, life-changing goals.

When you focus on the practice instead of the performance, you can enjoy the present moment and improve at the same time.


I've been wearing a Boston 2013 wristband pretty every day since a buddy gave it to me in the final days of spring. I wear it because it represents the solidarity I show for our sport, but also that it represents the next signpost, one day getting back to Boston. It represents for me a goal, but I'm not going to get anywhere by looking down at my wrist while I'm typing away at my computer. My wrist ain't getting me anywhere.