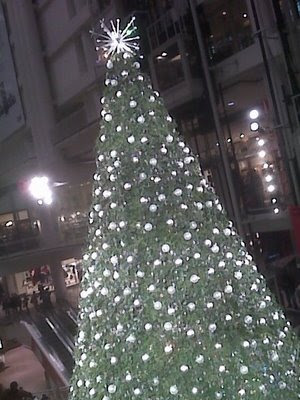 Been almost a month since I've done anything close to long, so it was nice to finally lace em up this morning. Got a new thermal skullcap and a brand new tights so took them out for a nice run -- sunny, cool and perfect for a long run. Not much to write about it, but I was able to keep up a pretty good pace with a few walk breaks.

Run in the capital

Took a few too many days off so today in DC I fit in a 6.7 mile run, almost 11K. Love the route. It's pretty cool here. Hope to get 20 miles over the next two days if the weather holds.
Posted by yumke at 7:53 PM 2 comments:

Today was supposed to be a 10 miler, yup, back to the double digits but that's not in the cards right now. No, not an injury, just a little tired and didn't really feel like pounding out the miles. I have run six days this week though. It's so different when there's no Plan to follow, no sense of urgency.

It's been a slow ramp up after MCM some 16 days ago. I took five days off running then ran 3 miles. Last week, I got up to 30 miles but none of them felt that great. I was also tired, battling back a cold and my 8 miler on Sunday didn't feel that great.

It's funny, cause last week I was mystified that I had somehow lost so much fitness that I couldn't even run for an hour?

Tonight was a good reminder of why I love to run. I went out there for 3 miles but it stretched to five. I went out there at an easy pace but after the 3rd mile, I rolled up the sleeves of my fleece layer. I stepped up the pace. Felt great. Fantastic actually. Did mile four in 7:35 and was ecstatic by how I felt. I ran the last mile faster but it was that fourth mile that was the revelation -- I'm back into it now.
Posted by yumke at 6:20 PM 3 comments:

I slept until 11:30 today and slept 10 hours yesterday. I guess I'm pretty exhausted. R told me she ran 8 miles this morning which motivated me to get out there. It's now chilly so the late fall gear is out.

The run was pretty hard - I started taking walk breaks every once in a while. My heart rate is okay but still higher than 155 bpm for a steady pace. I gotta slow down the next while. In all, 8 miles in 1:13. In training I can knock out a strong 8 in under an hour so clearly I need to rest up while not losing too much fitness.

The blahs of maintenance mode...

The cons of spending the first 10 months of this year training for three marathons is this. I've gone from 'run run run,' to 'hey, maybe I should run some time'. And that's leaving me feeling a little flat.

Okay, that's a little extreme. I haven't stopped running but they're getting shorter. Six miles on Monday, 5 miles on Tuesday, 3 miles on Wednesday, a day off Thursday and 5 miles yesterday. Now I'm debating on what I'm doing today. Am I ready for a 10 miler or will I save a medium distance run for tomorrow?

A few updates
-Working on my race schedule for next year. It will have at least two marathons and may follow the same time frame as last year.
-Will start to do homework on training programs. Have used the same one the last four marathons and I think it's good -- but perhaps it's time to start tweaking to fix some weaker areas of my running.
-I've enforced better eating habits on myself. Eating on a 25 to 30 mile a week vs. 55 to 70 miles means a whole lot of calorie deficit, more than 3000! Not being careful means weight creeping up over time. So in addition to getting into maintenance mode is to modify things.
-Gonna give my legs a few more weeks before I attempt tempo or speedwork

That's it for now. Writing about running has got me motivated to actually run. I think i'll head out the door and head... that way.

I haven't run much in the city since last winter. Why hit traffic lights when you can have an unobstructed route by the water. But with the clocks turning back, it was dark by the time I got home before 6 p.m. Trails, they aren't very well lit these days. Funnily enough, it'll be snow on the ground that'll make running on the waterfront doable at night -- you can see much better with lots of white stuff to catch a lot of light.

So off I went on a city route -- 10K in total. Hit lots of stop lights. Got a slight incline for 4K. And, of course, got back into the dodging the pedestrian game. Luckily, I bought this blinking light band that i put on my arm so I'm much more visible. It's pretty good and light.

So I signed up for the year-end 5K race. It's the Sunday after Christmas. Also paid for my first race of 2009 -- the Around the Bay on March 29 in Hamilton. Not sure if i'll spend as much money next year as I did this year on races and travelling.