All hail the kale. For me, even just stating that, embracing the bitter green, is a simple step I've taken to put me back on the road to faster running.

I have a post-marathon tradition that includes eating a hamburger and inhaling a plate of fries. After running Ottawa in the best marathon time I've posted since 2011, I ordered the meal, and after a few fries, pushed away the plate, thinking of the choices we all make to stay healthy.

Us runners are obsessed with food. What think about what we eat, how much of it, and what types with the knowledge that carbs are king. Marathoning has its challenges -- train a lot, and you get hungry, but it's easier to consume a hundred calories than it is to burn it off, a mile per 100.

The problem with training like an athlete and eating like a couch potato can lead to that first-marathon weight gain, where you can't burn off enough calories to satisfy the hunger.

Once a running friend told me they had trouble putting on weight during marathon training. I wasn't really identifying until I realized that it all really depends on what you're eating, and how it figures into your performance.

Look, I've been training for marathons for eight years, two cycles most years, and have always found it a challenge to eat well. Everything comes together until I hit my post-evening run meal, when it all falls apart. You think it's hard to eat 1000 calories in one go, not that hard if you're not eating the right food.

Last year, before the Summer Olympics and I interviewed Dylan Wykes, one of Canada's fastest marathoners and also a vegetarian, on what he eats.


Looking at that diet of a pro marathoner shamed me, when I would get home after a long day and a long workout and order takeout, or some easy route that wasn't the healthiest.

Shame on me because, as I've written, running and cooking (and baking) are passions of mine -- I know my way around a kitchen, so lack of cooking skills can't be a crutch.

In the first time in four years, I'm eyeing a harder training program, but with one major difference. This year, instead of just running and training hard, I'm running hard and capping the miles. The time I'll save (doing a 55 to 60 mile peak versus a 70 mile max) i'll spend on doing cross-training, stretching and spending time prepping and eating great meals worthy of an athlete. I know this is a challenge for a lot of runners who balance jobs, family and try to fit in running on the side.

Benefits are obvious. I'm running faster in training than I have in years. I've dropped weight, and combined with heavy training and core/weights, I'm all of a sudden on the cusp of the type of fitness I've had in the past.

The diet? The plan is simple.

Consumed are green breakfast smoothies packed with good stuff and superfood kale, lots of salads, veggies, fruits, protein and carbs when they're called for. Most important, I'm prepping every meal. Each trip to the grocery store bares all the evidence when I unload fruit, veggies, protein and goodness on to the cashier's counter.

Among them every week I unpack a big green leafy vegetable. And I've learned to love it too. 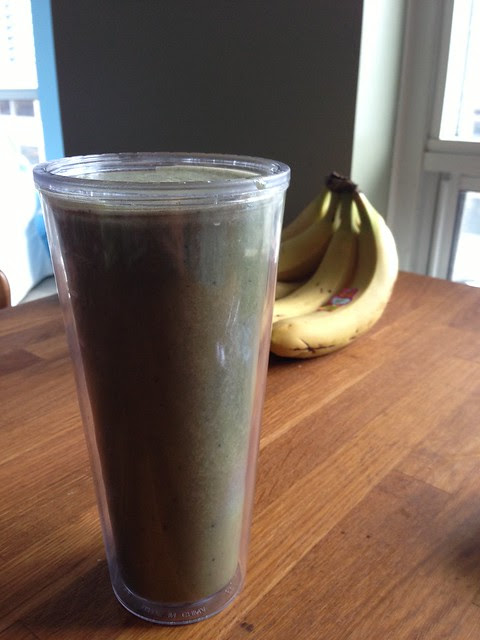 My diet leaves a lot to be desired. I'm trying to improve it but I will never eat like a pro that's for sure!