More winding paths -- beautiful weather and the wind was a bit stronger by the water. We wound our way out to a hairpin turn that featured a long climb up a hill that we took in 4:20. I guess running a hilly marathon three weeks ago helped, as well as the longer intensity of spin classes the last week, but I was able to climb, then crest, then get the legs going. I followed the 4:20 with a 4:04. Coach said we could start pushing it after the 10K mark, but I took advantage of a downhill stretch and my recovering cardio. Hit the 10K mark in 4:03 pace. Felt good and strong.

More winding paths and I was reminding myself that this was the slower end of interval work we're going to be doing every Wednesday. It felt manageable today. Breathing was fine, not close to redline. Andrew was still with me and we were slowly gaining on other runners. In the back of the mind, I didn't want to cede any kilometres slower than the 4:05, regardless of how the effort felt. So we hammered it. I lost Andrew somewhere with the last water station, then there was the hill.

So yes, there was a big hill. I had no interest in really slowing, and luckily, there were two runners ahead of me hitting it so I targetted them. I passed one, then came alongside another runner (who turns out to be from SPR!) and hit the crest with pace -- I was kind of shocked to see the kilometre come in around 4:03 so I had not really lost a lot of steam. We had a final turn then a straightaway. I knew I had to have a strong finish so I continued to run strong even as I was trying to recover from that hill. 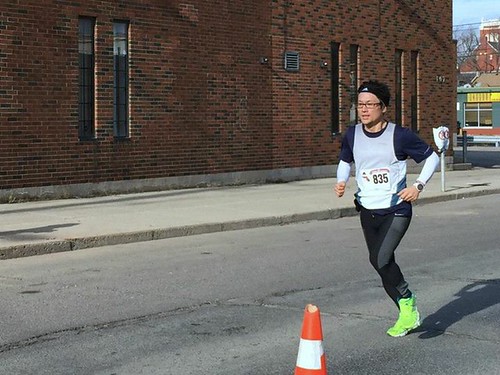 Finished with 1:05:19 by chip time, even as my watch registered 1:05:12 with an average pace of 4:03 kms. Strong time, amazed to close the year with another personal best. 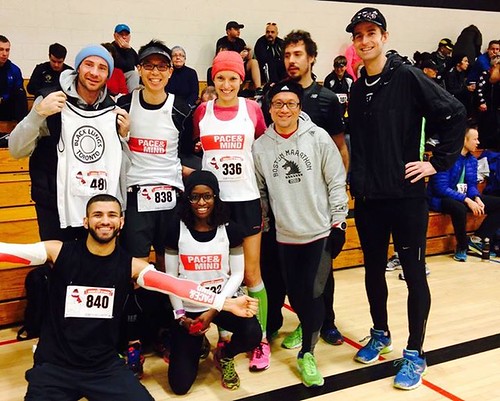 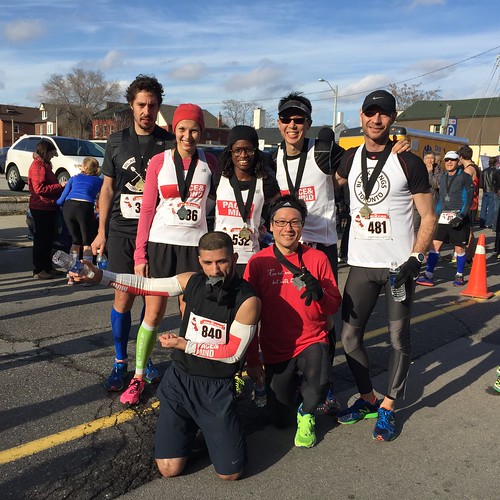 What am amazing day for you, Kenny! Huge congrats on another fantastic race! Looking forward to hearing your plans for 2015!