It's a question you trying to answer while explaining to your friends who don't run at all. You talk with newer runners or those who have been running for years. No doubt, people have heard of this race because it transcends this sport. It is a sporting event bigger than just about any other road race.

In four days, I'm flying out to Boston to run the race of my dreams for the third time. It's been four years, thousands of miles and the culmination of a journey for me so I can start a 26.2 mile race in the small town of Hopkinton.

Why Boston? The standards are tough. When I started running, the prospect of a 3:10 or faster marathon seemed just out of reach. So I strived for many years to get my first Boston Qualifier. It's taken me so many more years, and the journey back, to figure out why Boston.


You hear among many runners the chatter about the BQ. What is your BQ? When you trying for a BQ? What BQ do you need and when do you need to do it?

I think we really try to BQ because it is hard and it is there. Does it separate good runners from great runners? Does BQing when you're young more of an achievement than when time gives you more literal time? Do we really understand what it's all about when we say I want to do Boston? I first set my sights on Boston because it was that holy grail. The qualification stood for personal excellence and it was an important milestone to reach. By reaching the time, you reached Boston. Or not really.

Boston means so much to many of us for different reasons. I spent years striving, fighting, running, for a chance to run my dream race. When I qualified, I looked back at all my achievements - personal and professional - and put that run among the greatest things I've ever done. Months later, toeing the line at the corral, I was in utter awe. I did not belong here. Everyone was so much better than I was. This was on national TV. How did I make it here?

Once you get your BQ, you get something that probably goes unsaid by those who have done it before. It's something that's hard to capture even in all the pictures I've collected. To those of us who run it year after year, I think I know why you come back. It is a special race, putting aside exclusivity or elitism. The course is technical and it takes a lot of training and heart and tactics to run it well. But it is not just the course. It's the weekend, the 'Marathon Monday' when this event becomes one that's owned by all those communities between Hopkinton and Boston.

In the past two years, I've been on my own journey. When two men tried to take my Boston memories away from me, I responded one way I knew I could, by vowing to get back. And to get back, there was only one thing to do -- do it harder, faster and with the purpose and love I've always had for the sport. 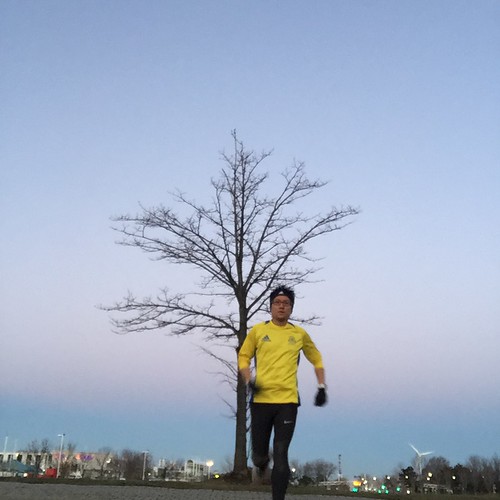 The last time I ran Boston in 2011, a mere hour or so after the marathon, I walked into North End for a decadent lobster roll and with the simple medal draped around my neck. I don't often keep them on after most races, but I have for Boston, even for one night. In the space of two hours, a half a dozen people stopped me to congratulate me and ask me about the race. They, Boston citizens, were genuinely happy for me, in a little awe of the event.

Around the world, and in every other state, it's a Monday. In Boston, that day, Patriot's Day, is Marathon Monday, and it's my Christmas Day.


Because it's not just ours, us runners, it's a Boston thing. In a little way, we're allowed to take centre stage in a spectacle that has gone on for more than 115 years. No matter who shows up to be picked up by those school buses next April or the next 30 Aprils, it'll still be 'Boston'. We'll all come, from different states and countries, for the privilege to be part of that spectacle. BQing gets you a chance to be part of something greater than the 26.2.

*This post is a culmination of some of my thoughts about Boston I've written over the past few years.

I am currently attempting to qualify for Boston in Ottawa this May. Thank you for writing such an inspiring post! It makes me want to get there even faster!
~Ann-Marie

This is very inspiring and touching. A BQ is a big milestone for an amateur runner, I hope to be able to achieve it one day.

I thoroughly enjoyed your post. As a middle of the pack runner dreaming of having my own BQ one day, I am inspired by your post. All the best in Boston.

Good luck in Boston tomorrow. I enjoy following your blog.

Congrats on your Boston finish and another BQ! I am also hoping to qualify in Ottawa this year. Hoping to be there for the 120th Boston.