Today was another battle with the heat and I think it's safe to say I emerged victorious. I planned a 10 miler and I knew it could be difficult, with the temperature at 6:30 p.m. around 30C with higher temps with humidity. But I think the last week in the heat and the fact that my running route is by the water helped.

Also helped that I had a few rabbits to pace off of during the run. I was surprised after 5 miles that I was average sub 8 minute miles so I kept it up for the rest of the run. Yes, the last two miles I was starting to hurt from the heat, but I had three little bottles of Gatorade and refilled one of them with water, so I was good to go, fuel and hydration-wise.

Some good news with my knee. It's starting to feel better and it's handling the miles and speed well. I think I can turn up the pace in the next while, looking forward to it. 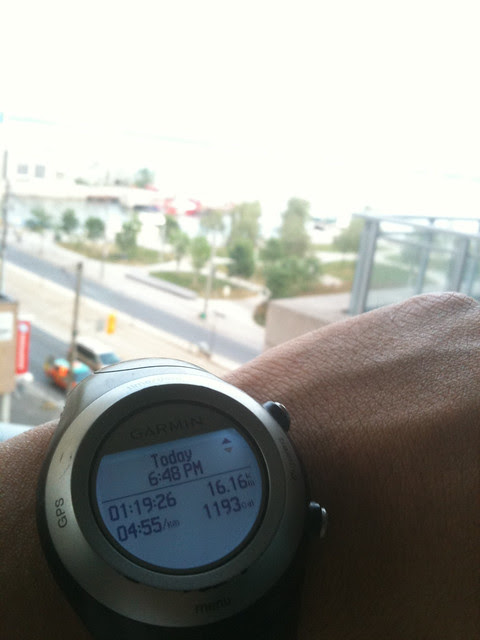 Wish I could say the same. I am just HOPING for rain at the 5K tomorrow!