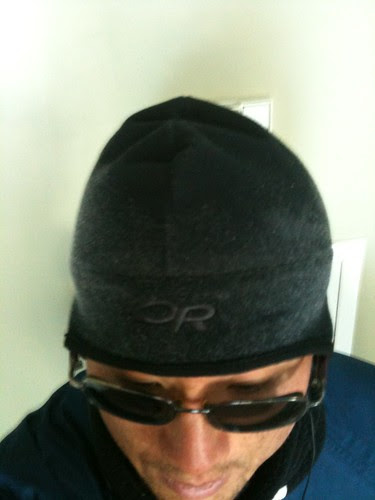 The prime motivation on these days is to get the miles in, and try not to freeze, like my iPod the other day that accumulated a layer of ice during my two-hour run. Funny being cold but warm at the same time. At least the Gatorade stays cold.
Posted by yumke at 10:18 PM

As much as I hate the terrible footing, bulky layers and biting cold on my skin, it's still easier than those humid days of summer. (I might not have said that on Sunday)

I agre, the humid days in the summer ar toughr than most winter runs.

Good stuff keeping going despite the weather. For some reason, I get a kick of water vapor accumulating on my eye lashes and forming tiny frozen bubbles.

You really captured the ups and downs of winter running! What I hate is what it does to my pace and the muscles around my ankles, as I negotiate snow drifts and greasy pavement.

On the other hand, it makes me feel SO hard-core to be out there in minus 25C.