I think I'll save all that marathon excitement for at least another 12 hours. I often tell myself of my own city, "If I could only play tourist, what would I actually do."

So this weekend so far, aside from swiping my credit card at the expo time after time, I was looking forward to enjoying some other obvious to the point of being touristy:

A cannoli from Mike's Pastry. Yes, I actually do like Maria's a bit more. Just got swept in by the modest lineup. And I actually really liked their biscotti. 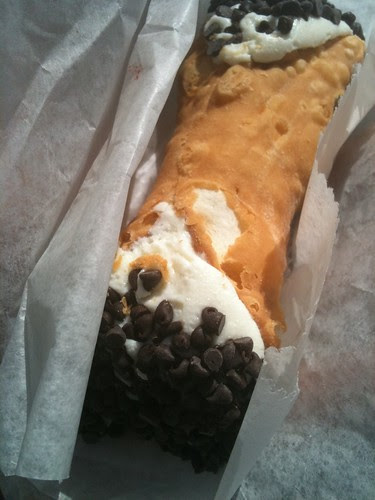 If there was an organized sport that I loved while growing up, it had to be baseball. The Jays were in their peak (playoff) running seasons between 1984 and 1993, when I watched them battle out the Sox and Yankees (and the Tigers) for the AL East and, well. I loved baseball. Still do, in many respects. So today's trip to Fenway was a long-time wish fulfilled. As I was walking toward it, I was feeling downright giddy. R. could tell. Now I've seen Yankee Stadium, Wrigley Field and Fenway. Soo happy. Explained the finer points of baseball (and all those abbreviations) to R. We shivered so we had hot chocolate and I had a hot dog. And yes, it was actually colder at the concession stands than at the seats.

And yes, I cheered the Sox and the Jays (more silently). 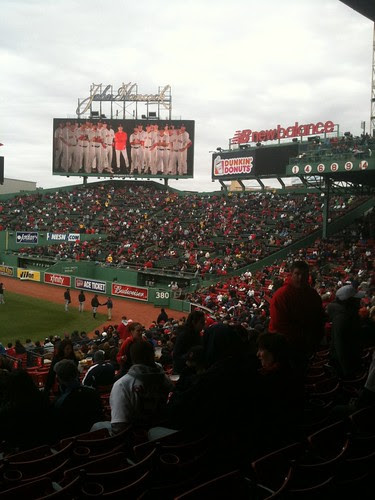 The bib (a lower number than last year) 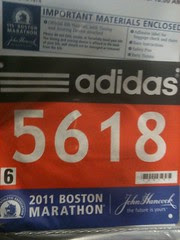 Random Boston art to get you excited 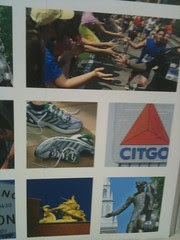 The famous final turn of the course (and one of five on the entire route, we're reminded) 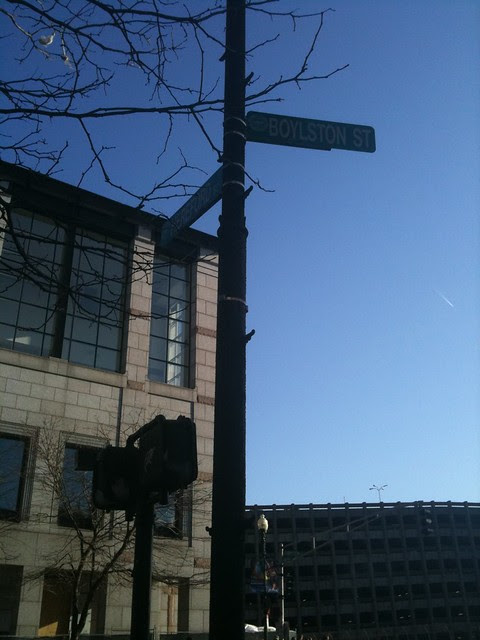 And this world could always use a little more... 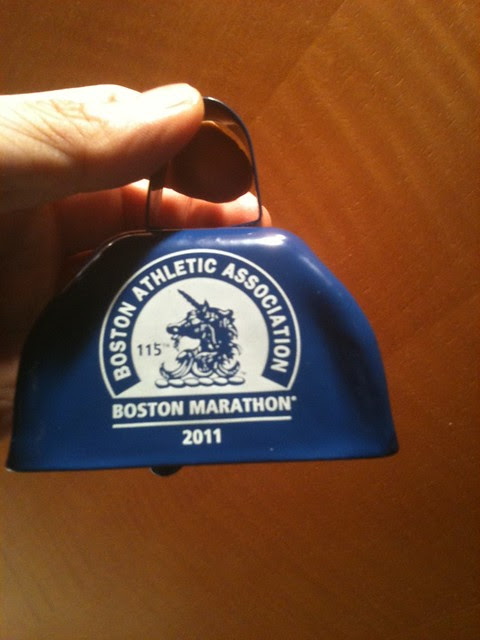 To cap it off, I think I need some chowda, but that's for another day.
Posted by yumke at 7:10 PM

Looks like you're having fun playing tourist! I have Boston fever...

Good luck Kenny! And Marlene, you're going to qualify in May...I just know it.

Looks like fun. I hope I can experience that next year.

I've got a fever, and the only prescription is more cowbell!

Best of luck on Monday!!