I've watched this race grow over the past 8 years into somewhat of a Toronto tradition. With essentially free entry (the Sporting Life guys gave gift cards for those who registered). But 20,000 plus runners? Wow. (Sporting Life 10K results here / 2013 Sporting Life 10K race info here).

Last week's marathon left my legs in pretty good shape, I ran a few times over the week and even as I was thinking about this race that starts at Yonge and Eglinton and ends near my condo, I mulled a warmup run. So this morning, I ran up the route, logging around 9K uphill, getting the heart going, even beating runners who were waiting for buses to get them up to the route. 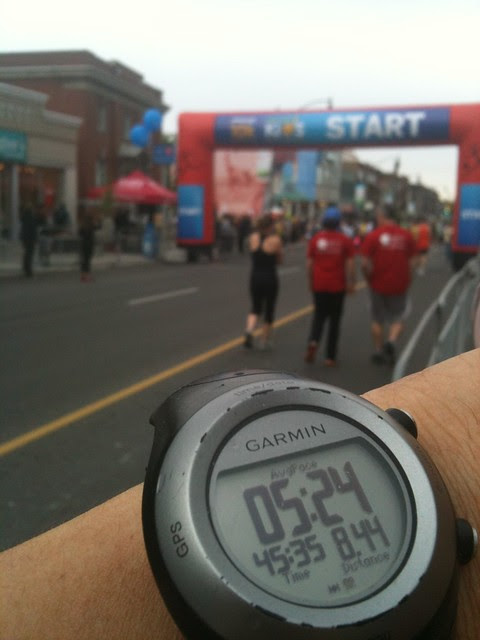 Even with a race with more than 20K, I spotted a few other runners I knew, including Fran, a co-worker and a friend who was doing his first race in eight years. 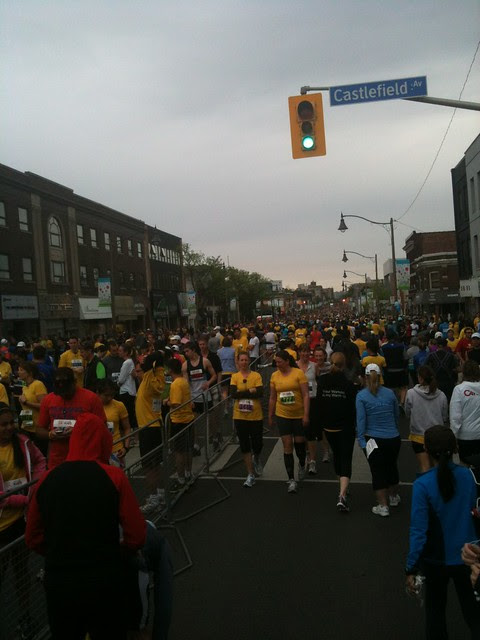 I placed myself in the sub 48-minute corral, really just aiming to go around 47. As the race started, my legs still felt good even with the 9K warmup, so I went looking for that 'comfortably hard' feeling I'd go for in tempo runs. The downhills helped the pace, and since I've run this route so many times (and part of it last week) I was anticipating every rise and fall.

Though it was a big race, I found that most runners around me were going slightly slower than I was, which meant a fair bit of weaving through the course.

Nothing much to write about the Sporting Life that I haven't said before: road conditions were okay, the downhills really give you great speed, and the only tricky parts in my opinion is to attack the hills and to up your cadence during the flats.

Doing so meant that I had the sensation of speeding up while maintaining pace.

By the 5K mark, I was in the comfortably hard zone, though I was starting to count down the kilometres, which was a sign I was pushing it just right. I never got that 'pain' that you associate with those distance races, but it was okay to fight through.

We turned to go west and I was finding myself boxed in several times. Mentally, it was a bit to urge some speed out of my legs but I ended up continue to pass people right up until the last kilometre.

Wheeled it into the end and coasted home. Almost an hour after the race started, I was walking into my condo. That's a morning well spent, 19K with 10K of speedwork and done by 9 a.m.!

Final chip time was 43:26, pretty much a good indicator of where I am one week post marathon and two weeks to go to my next. 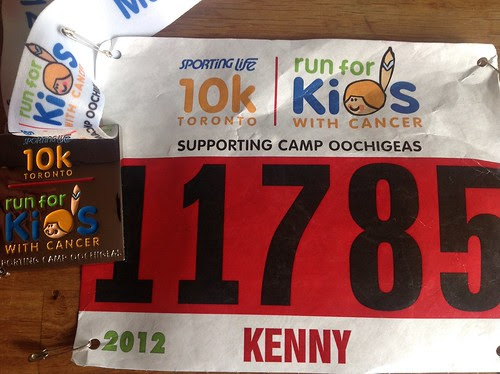 I saw a few guys running to the start. A buddy and I left a car at King and Strachan at 7am. Well done!

Sounds like a great race. One day I'll do it.