Today, I started my run in the middle of the city, waiting for the GPS to catch a signal while commuters around me were grabbing a street car. Soon, I joined the waterfront trail, winding my way through lonely car-free paths only to end up finding my way back to the core. In one hour and 10 minutes, I'd traversed 14 kilometres, all the while cars, cyclists and public transit vehicles streamed to their destinations, always in a hurry.

Something about moving on foot at speed. Something different about feeling the sidewalk glide by, about anticipating the rises and falls of elevation when you crest that bridge, or beat the streetlight as it blinks yellow, racing against a streetcar that's forced to stall every minute or so.

My favourite part of running the streets come at moments when you're catching your breath. I don't bounce at intersections, i'm usually gasping for air, enjoying the oxygen-regaining rest. Sometimes it's good to stop. If not just to admire the view. 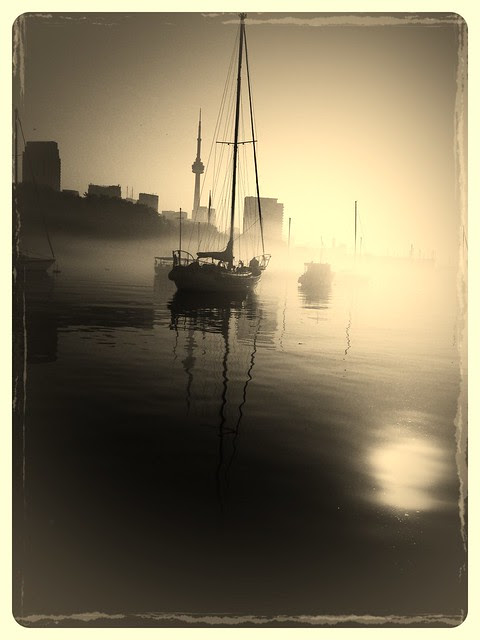 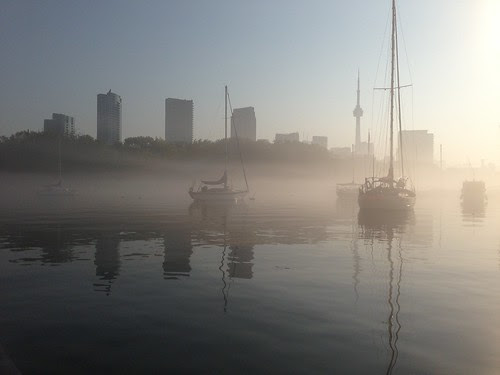