Update, Jan 6, 2014: I see plenty of you are sharing/finding/Googling this link. To you, hello. You've landed on a running blog with a tangent on the woes of condoland Toronto. And by the way, Aqua is one of the best buildings on the Harbourfront. Enjoy.

-
Original Post: I've heard the horror stories, the other side of condo life in downtown Toronto. The joke is that certain buildings just north to me are run more like dorms, where cheap rent, young renters and buildings that are largely held by investors equal living with D-bags. Of course, this is not everyone, not even most people are like that, obviously, but one bad apple can ruin things.

(Yes, this is not about running, but you know I like to use this space to sometimes as my sounding board.)

My building's awesome. Right on the water, a small build, and for the 10 years I've lived here it's been a fabulous place to own. That's until last night, when one of my neighbours decided to open a night club on his terrace. Hey, it's his birthday, let rip right? 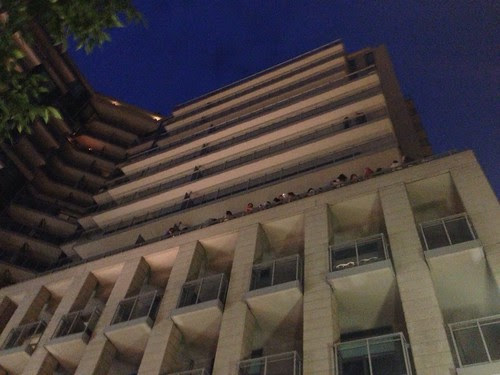 The following is an excerpt of what I wrote my building manager. I'm just posting here to make it public record.

I've been in Aqua since day one, so as you know, that's 10 years of living in this building and knowing what kind of community we have here.

The conduct of my neighbour this past Saturday is contrary to the respectful behaviour I would expect from an owner or renter of this building. I've let excessive noise and rowdiness go unchecked in the past with regard to the two (or more?) renters of 516, but this past weekend their actions and that of their guests were beyond the pale

As you have heard, here's what happened

-Excessive noise and with an open-door movement of a massive amount of people, the sound level across the entire fifth floor was very loud and obstructive
-Noise well above any reasonable nature outside of our entire building. The 'DJ' or music sound system was clearly too loud for even outside. While outside around 9 p.m., I thought it was initially coming from the habour or a unit in 401 when I realized it was actually from my fifth-floor neighbour
-The crowd gathered on the terrace of 516 were disrespect to our common property and neighbourhood in general -- gesturing, shouting at times
-Cups and cigarettes were being tossed onto the common area. I have video and pictures of one of those incident clearly from the 516 terrace.

I and other residents alerted our security/concierge. The unit renters were warned by our security, to no avail. Later, around 10 p.m., two police officers warned them to 1) turn the music down and 2) stop throwing things off their balcony. They threatened to charge them a fine if noise continued. And they warned them that they would arrest them if more objects were thrown.

I know in past notes to residents, you have not been able to document who is doing what, so I have the following pictures and videos for your reference.

VIDEO: three second clip of cigarette being thrown off balcony. (Play it at high quality and .25 speed and you can clearly see it)


VIDEO: 24 second video that shows the scope of the sound and the cigarette being thrown out.


PHOTO: Freeze frame of a cigarette being thrown out 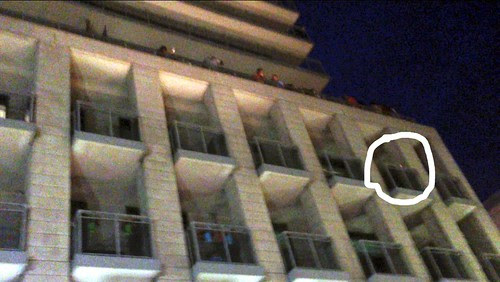 PHOTO: Second freeze frame of a cigarette being thrown out 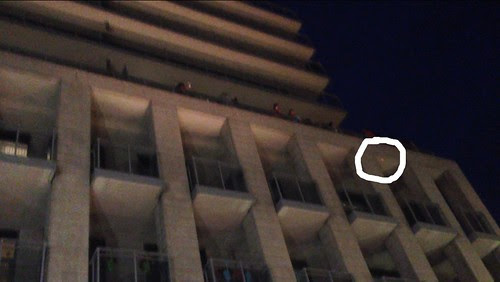 PHOTO: Unedited an unenhanced of the cigarette -- you can see the glowing red 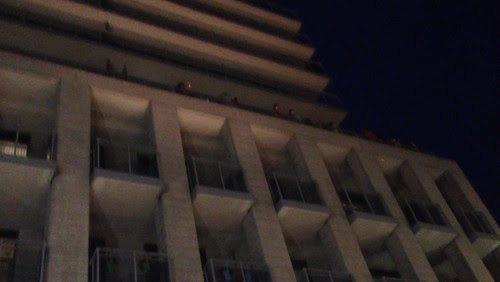 PHOTO: Cup littered on the ground 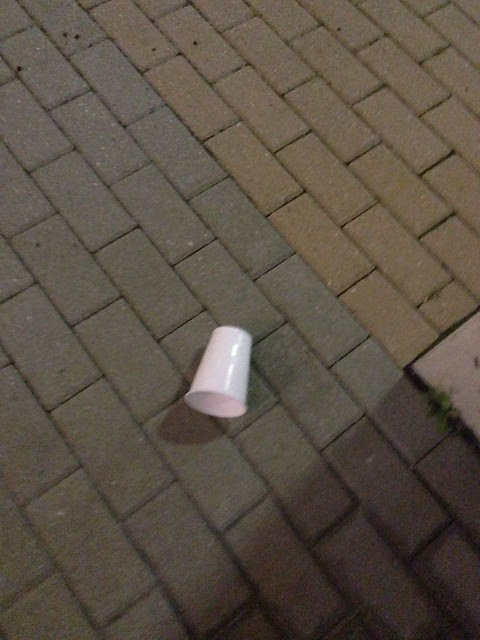 PHOTO: Scope of number of people on the terrace

PHOTO: Cigarettes on ground, including the glowing/still burning butt that was captured thrown 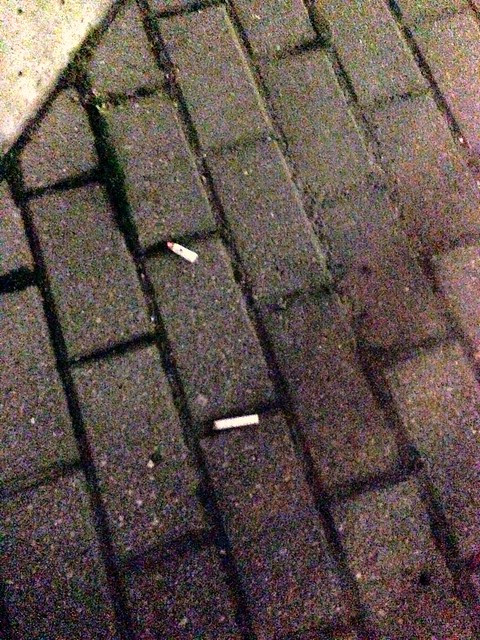 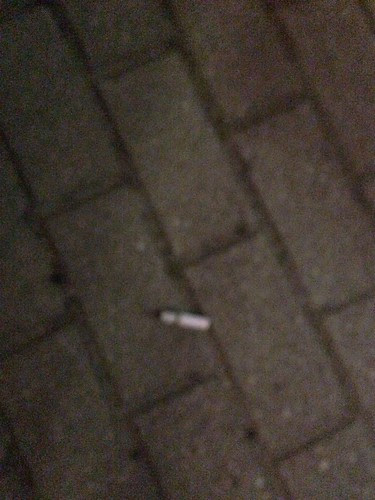 PHOTO: Balcony from above (sent to me by neighbour) 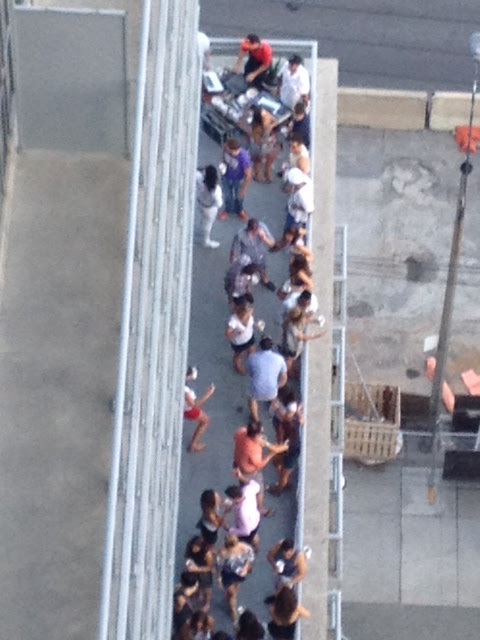 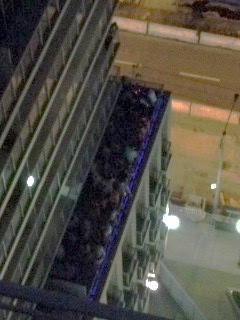 See, this is what infuriates me about condo's. The condo act has no teeth and you have little to no recourse to remedy this kind of situation. You contact the board, the police and the behavior still continues, or in most cases it increases out of spite. Years, even decades go by and you are left with no options. If I had my own way, the owner would be evicted for failure to abide by the condo rules. Wishful thinking on my part...

Wow, can't believe there's a post about this. I was trying to figure out where the heck the loud music was coming from as it echoes against the building across the street. I believe the unit was up for sale. So hopefully this never happens again. But yes, it seemed like it was a nightclub all day as the patio was packed when I looked down.

You're just mad you weren't invited

that party looks awesome! How do i get on the invite list for next year?

Hi! I actually live in this building too and I remember this party very vividly. What did the 'lovely' Carol do when you complained? I'm guessing not much. I would really like to speak with you regarding her behaviour concerning resident concerns. Can you please email me? angelina_sciarra@hotmail.com

Anonymous said...
This comment has been removed by a blog administrator.
12:06 PM

Unknown said...
This comment has been removed by a blog administrator.
12:11 PM

Unknown said...
This comment has been removed by a blog administrator.
6:52 AM

Unknown said...
This comment has been removed by a blog administrator.
7:41 AM

Unknown said...
This comment has been removed by a blog administrator.
7:55 AM