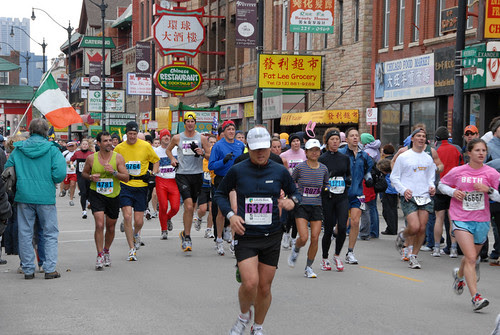 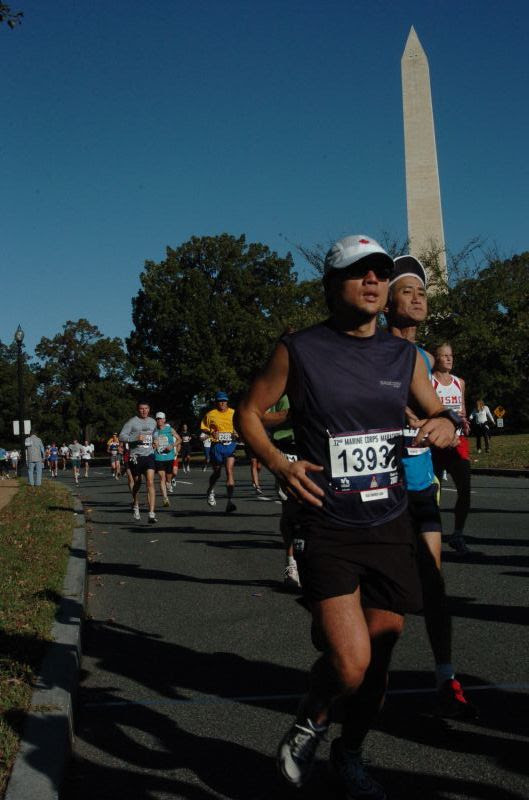 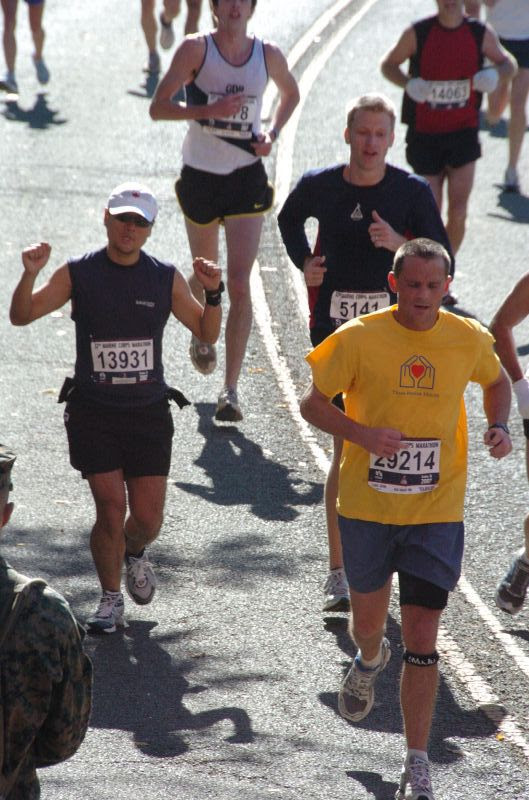 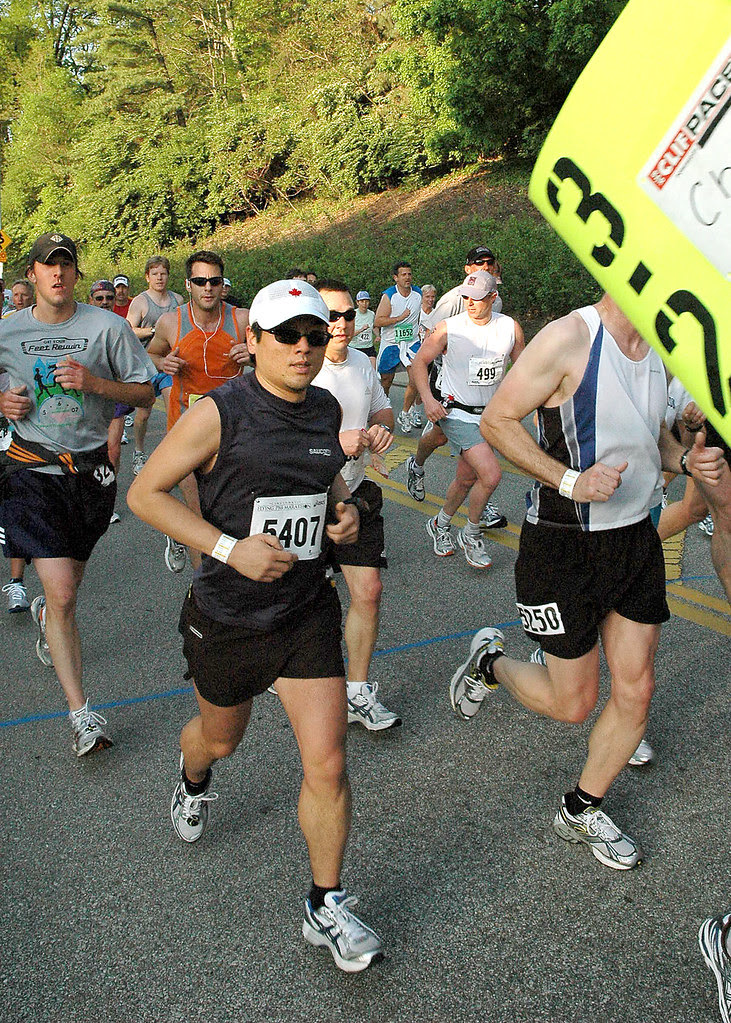 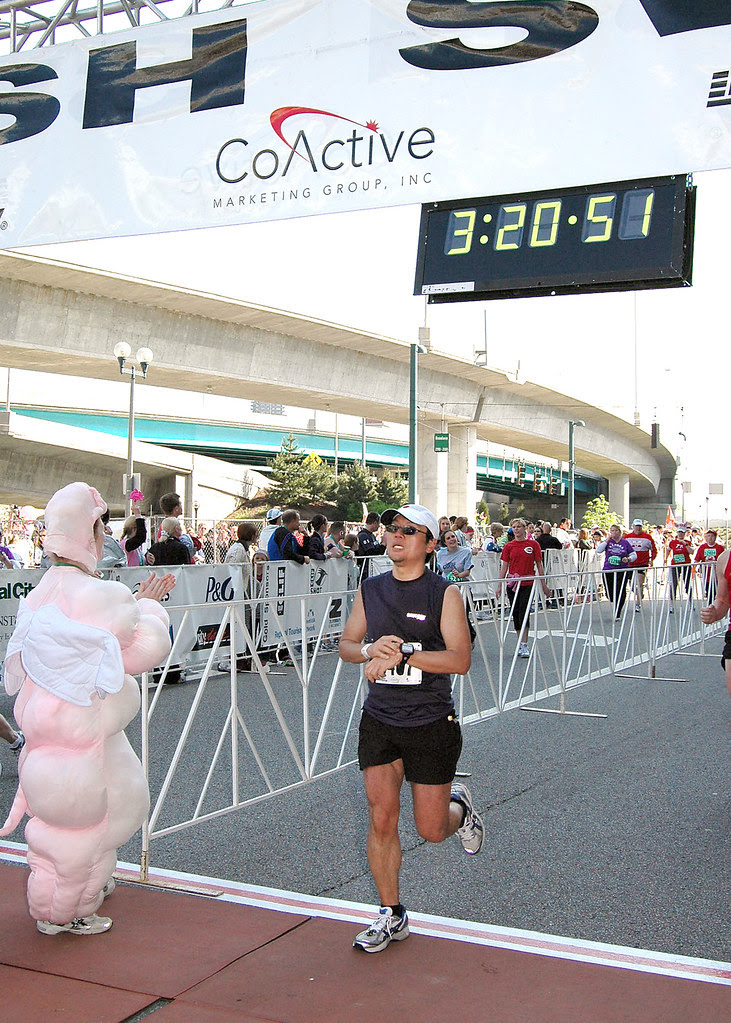 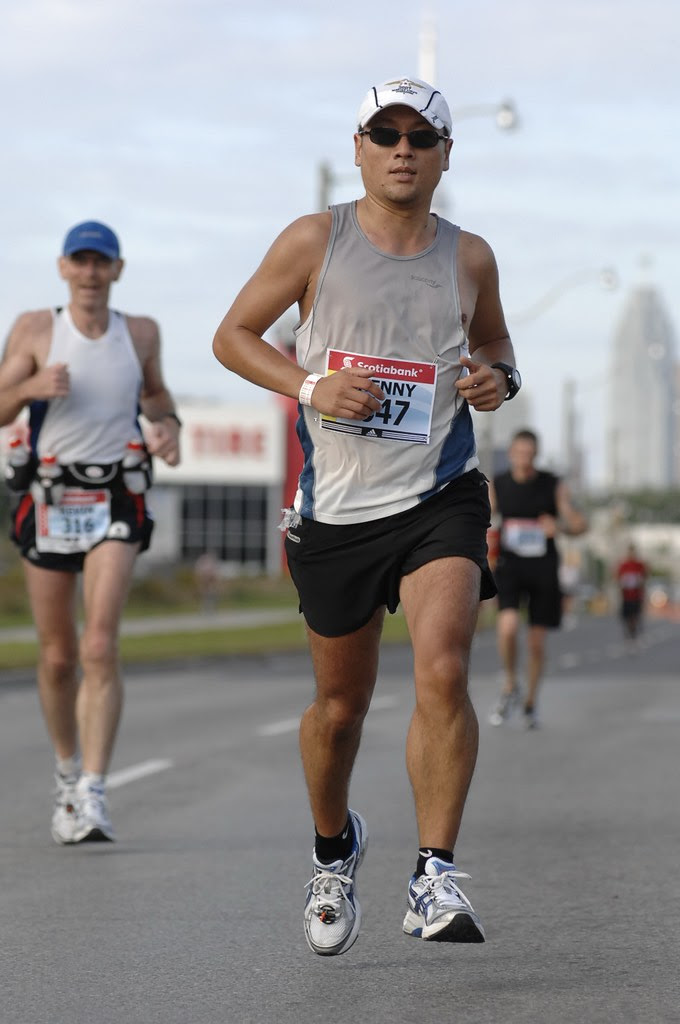 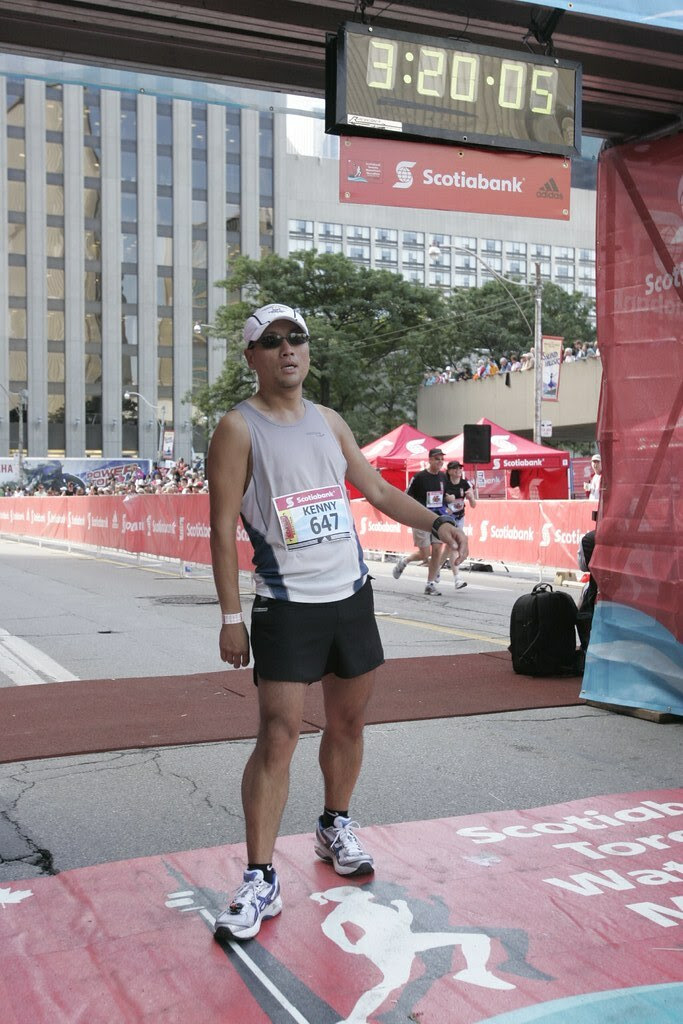 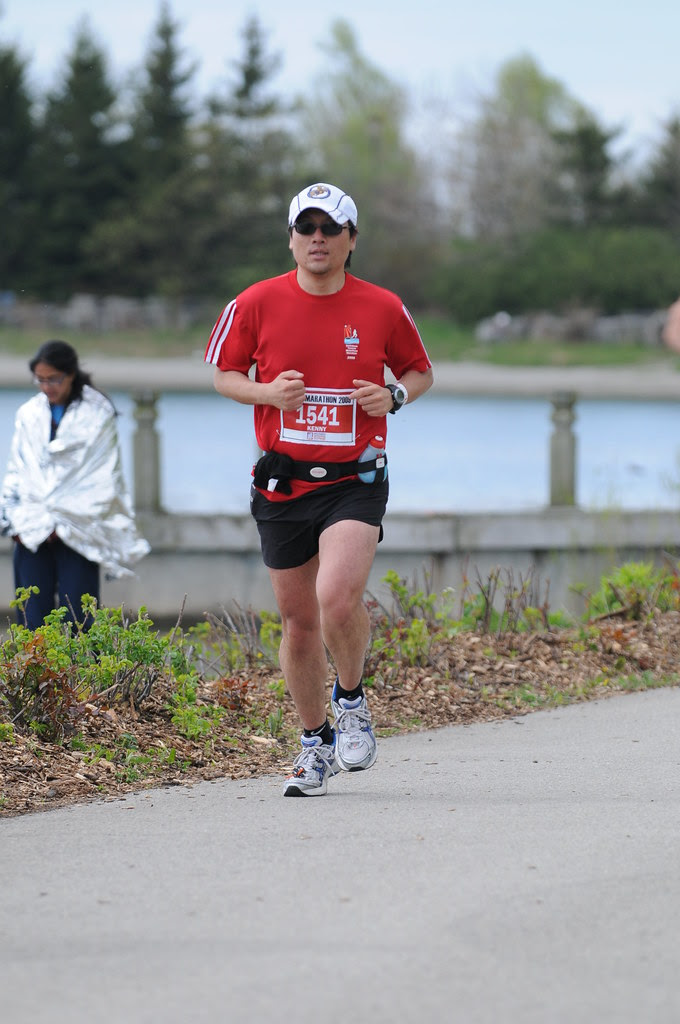 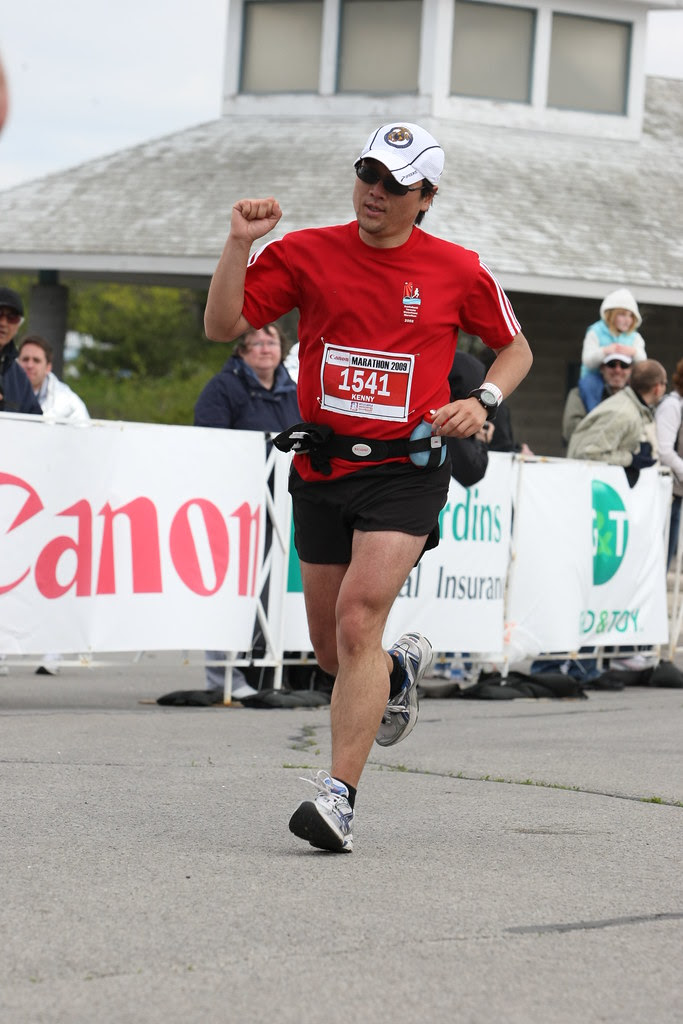 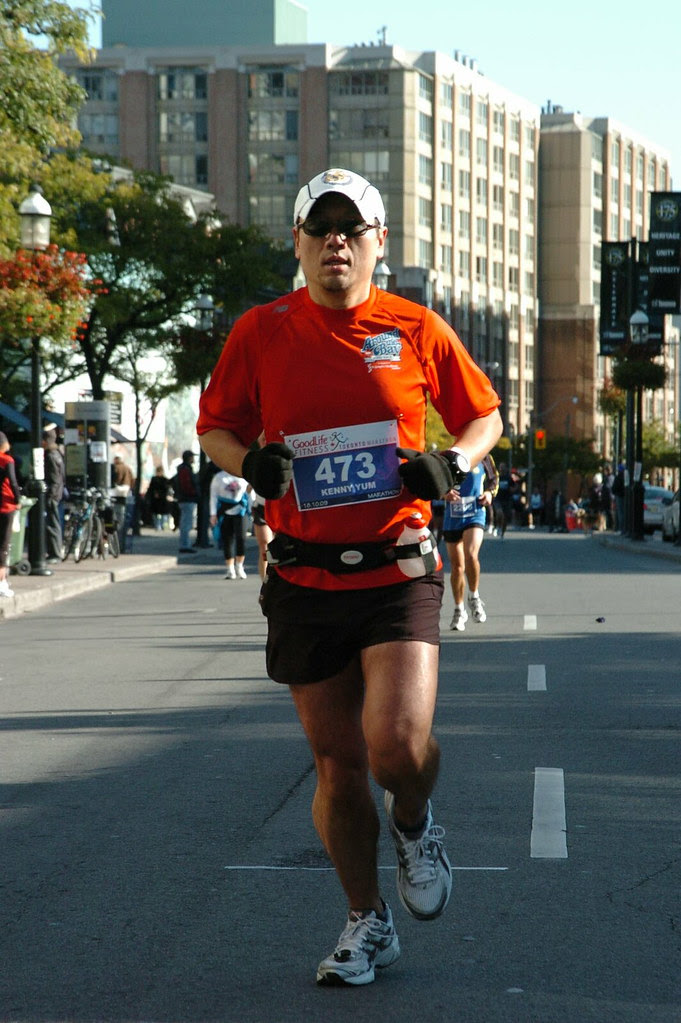 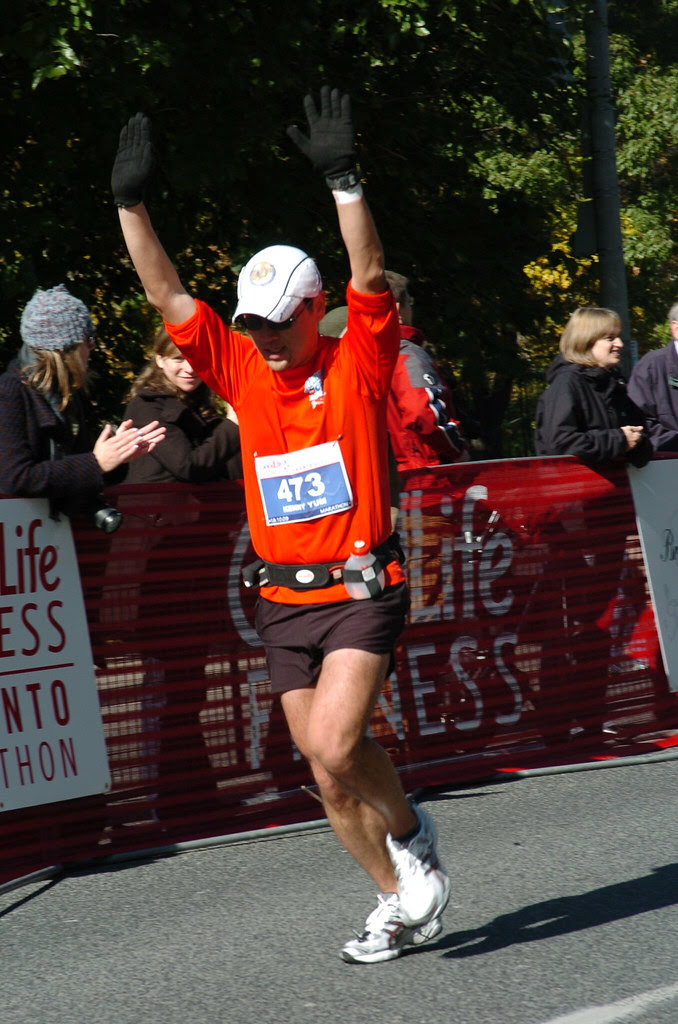 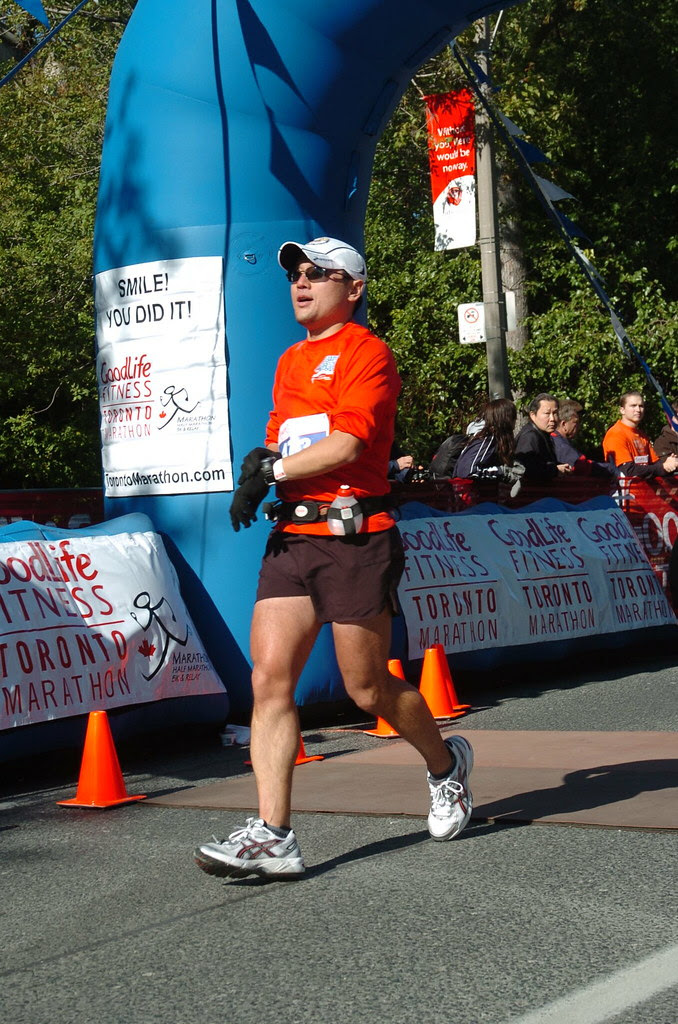 Great pictures, they're definitely worth 1000 words!

1. I like that you can see the pig at the finish line in the flying pig finish pic...

2. Heh - that same photographer got me at Waterfront last year - I also ended up with a picture where you can see Canadian Tire in the background.

3. I like that you have a mix of looking strong vs looking tired pics in your retrospective.

The photos tell a great story.

So my first question was about the pig costume in the flying pig marathon ... then I read angryrunner's comment and d'oh. I'm not always good with obvious.

Even your pained pics are great. My race photos are hopeless and never to be shared.

AWESOME photos! Hope you're using them as a reminder about how great the end product of marathon training is — that honeymoon phase is awesome, but it's races like those that make it so great!