Last night, while I was watching all the pretty flakes accumulate, I started to dread my long run. I had planned 18 miles. Even thought about 18.6. Maybe 20.

Forgot to charge my iPod so brought out the phone for the run (thus the rare photos I took today).

Here's what the trail looked like heading out. A really pretty morning for a run. 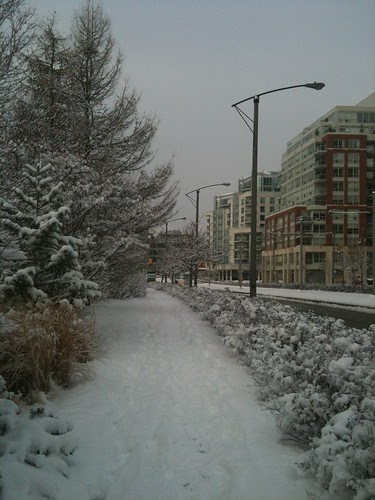 Of course, sometimes the signs ahead are an omen. Though about 5 miles of my trail (10 out and back) were cleared, there was a lot of snow for the other half of the run. 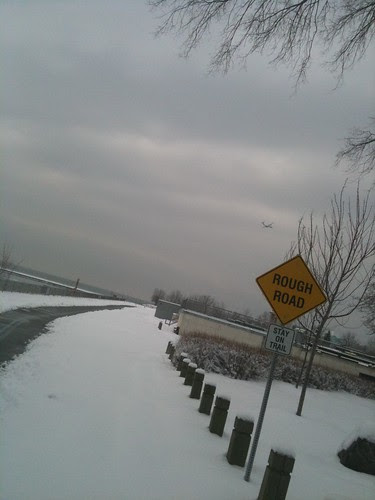 As I was nearing the western part of my out and back, I took notice of the street signs. Around 35th street, I wondered if I'd hit 42nd. (Running geeks know why).

So it was a little bit of a shock that Forty Second Street was right at my half way mark. Weird. 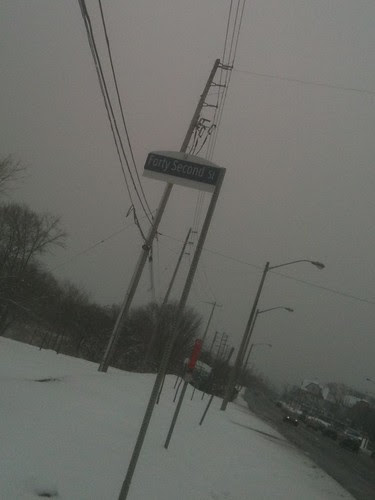 Where I took my almost frozen solid GU. Yes, gross. 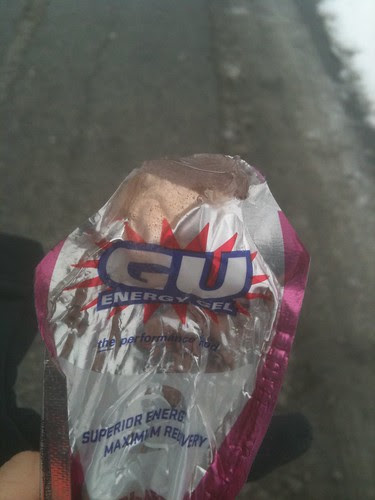 So scarfed down a homemade turkey burger with a fried egg, guacamole and this little forlorn looking mango-strawberry-yoghurt smoothie wishing it was a pint of Guinness. 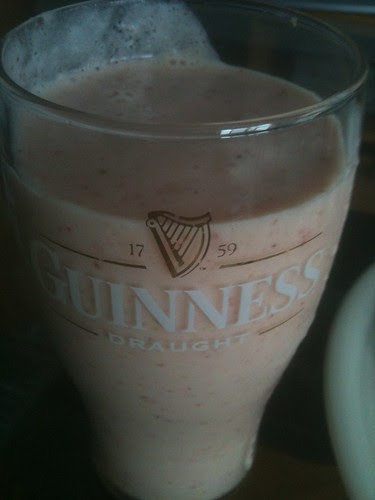 Good job toughing it out on the road! It was a well deserved turkey burger :)

I am so over snow.

Looking good. Definitely not nice conditions on Sunday. I miss going to sleep the night before and knowing exactly what the footing is going to be like!

Looks similar to my run yesterday. My bottles of eload froze about halfway into my run.