What Runner's World taught me about running 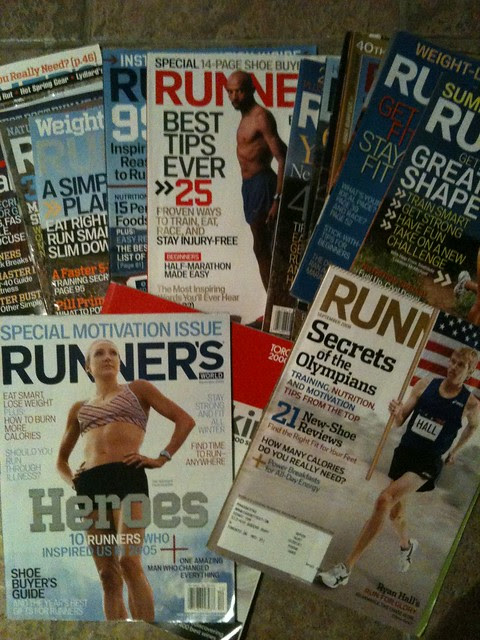 Recently, I did a big magazine purge. Something about the journalist in me makes me a pack rat when it comes to the printed copy. Maybe that's why I have a copy of the front page for most major news events of the past 15 years or so. I've filled a huge storage container with newspapers.

But recently, I dumped almost five years worth of Runner's Worlds into the recycling bin. The only saving grace is that I think all those thousands of pages have taught me these things about running:

LOL! I got a one year subscription for Canadian Running last year that I let expire. Maybe I should just dig up the magazines from last year from each month and reread them every month this year. There can't be that many changes in winter layering, spring tuning up and summer marathon training since last year, right?

I think you really hit the nail on the head with this post!

Ha!
I had a moment this morning where I picked up 2 RW magazines and was wondering why I had been sent doubles. Turns out the covers of April 2010 and April 2011 are practically the same!