Around the Bay 30K strategy

Some of the favourite keyword searches leading to my blog this month include such questions as "Is Around the Bay hard?", "Around the Bay strategy", "How to run Around the Bay Hills" and what colour is this year's shirt (I wish I knew, let me know when you find out)

I've run this 30K 'oldest road race in North America' five times, and it's, for me, an annual ritual. The race starts in Hamilton and runs around the Hamilton harbour, through Burlington, then back to Hamilton. Thus, around the bay. I love the race for the T-shirts (read my post about it here), for the tour of downtown and industrial Hamilton, then across to the city of Burlington, where you see the high-priced homes by the water and the infamous painful parts of the course.

2015 UPDATE: The Around the Bay 2015 course (see map) will not have the infamous hill. Here is the diversion around the hill (around a 2K route) which turns hills to essentially flat. Note the first 10K is similar to the 2014 version, which included rollers so now there are hills. 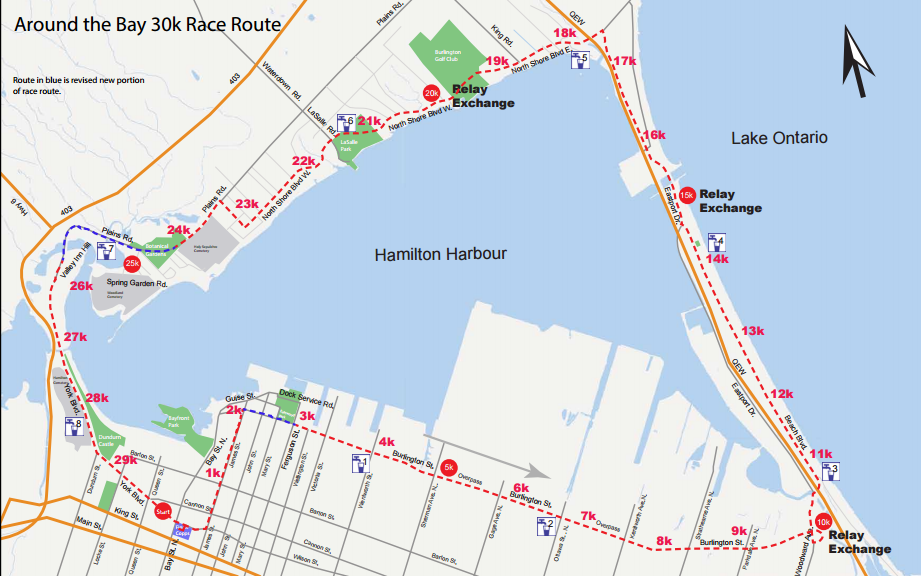 Here's a snapshot of the course from one my past races there. Click to see the course 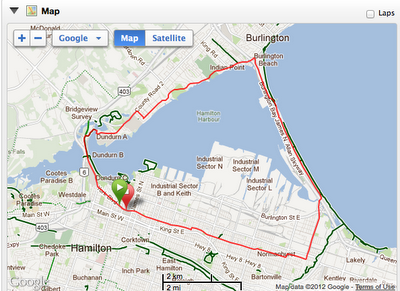 When I think about how to run it strategically -- and many people do to try to score one of the medals for faster times -- I think about breaking up the race into three (okay, four) portions. This is in part based on the makeup of the course but also because this is a distance race that necessitates proper pacing so you don't run out of steam.

I like to think the course in pretty much four stages. I'll outline them here

Hamilton to the bridge: I think of the first 10K is pretty much a no-panic, get your pace in and get used to the crowds type of run. If you placed yourself accordingly in the corral, you should find yourself running at your pace within a few kilometres. Note that there are relay runners who will blow their energy. I like this because it's basically a straight route with a few small turns. The roads are pretty well maintained with the occasional pothole. I love this area also for the locals who always come out to cheer - like a church that always has its priest waving at the runners. If you have a goal pace in mind, you may want to ramp up to the pace, but stick at it. Remember this is a 30K and there is no sense to try to bank time. I've always taking the first 10K in a conservative way. 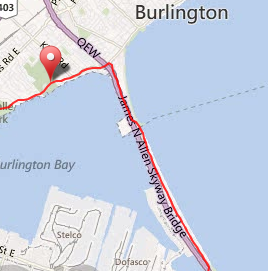 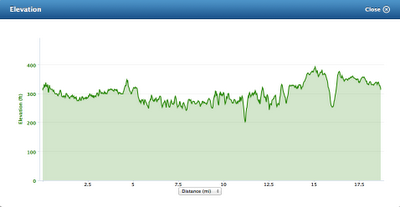 The hills have different profiles. Below is one of the early risers (after Glenwood, a street where R's parents live) that stretches for nearly 500 metres. It's one of those long slow climbs.  My strategy for this hill is to run it with the same effort that you'd run flat. Don't stop, even when others do. You can regroup on the flats and downhills. 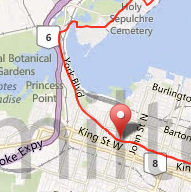 
Also, a clickable version of the course. Click through to see the course and play the course (and see the elevations).
Posted by yumke at 8:08 PM

Say hi to the Reaper for me. Sorry I'll be missing it this year.

Great post and outline of the course. It'll be #3 for me this year.

They put a huge rock on the left side of the foot bridge just before you go up Valley Inn...Hope they have someone direction people around it if there is any bottleneck there.

Hello. Awesome post and blog. Found your blog while searching for Mississauga Marathon race reports and strategies. Any chance you can publish race strategy for 'sauga? :) Aiming for a possible BQ and need all the help I can get since I've never ran this course.

Thanks and keep up the great writing!

Great time. I am running this for the first time, in a couple weeks from today - coming in from Montreal. Looking forward to it. I am an ultra distance runner, so I run quite slow because of my conditioning. Your pace is very good. I plan to do this one in around 3:30 or so... maybe a little faster. Impressive time mate.

Thank you for posting this - I'm running it for the first time this year (2013) and I am more than a little anxious. This certainly is helping me get an idea of what I've gotten myself into! ;)

Looking for a training program that would start Dec 1 2013 for a guy (me) that wants to run the Bay in 3hrs. I ran it last year with about 9 weeks to train, a bit of a dare. I did it in 3hrs: 45mins. Freakin brutally tough. No hill training at all and did 1 20km run 3 weeks before. I was a mess, but i did it. Looking for an actual training program i can follow. please help, cheers:)

Hi Jeff. My advice for training is to take a typical 16-18 week marathon training course, and do the first 10-12 weeks. This will get you up to the 30-32K mark. Adjust the mileage to what is comfortable.

I consider a 30K race to be a ramp up to a marathon.

I have indeed done the Flying Pig. they are earlier in the race. I wrote in a race report back in 2008 that they were as tough if not tougher than Around the Bay. http://yumkerun.blogspot.ca/2008/05/race-report-flying-pig-marathon.html