Upstaged at the end!

Funny story and even more hilarious picture. At the end of the Mississauga Marathon apparently I was trying to whoop it up at the end. Unknown to me, my buddy Tim Fraser (see his site, he's a most talented photographer) was on assignment for a, er, national newspaper and had the finish staked out. I guess he was just testing his angles when he caught this shot.

He didn't realize until he was going through the photos that one of a guy with his shirt pulled over his head had me in the foreground. 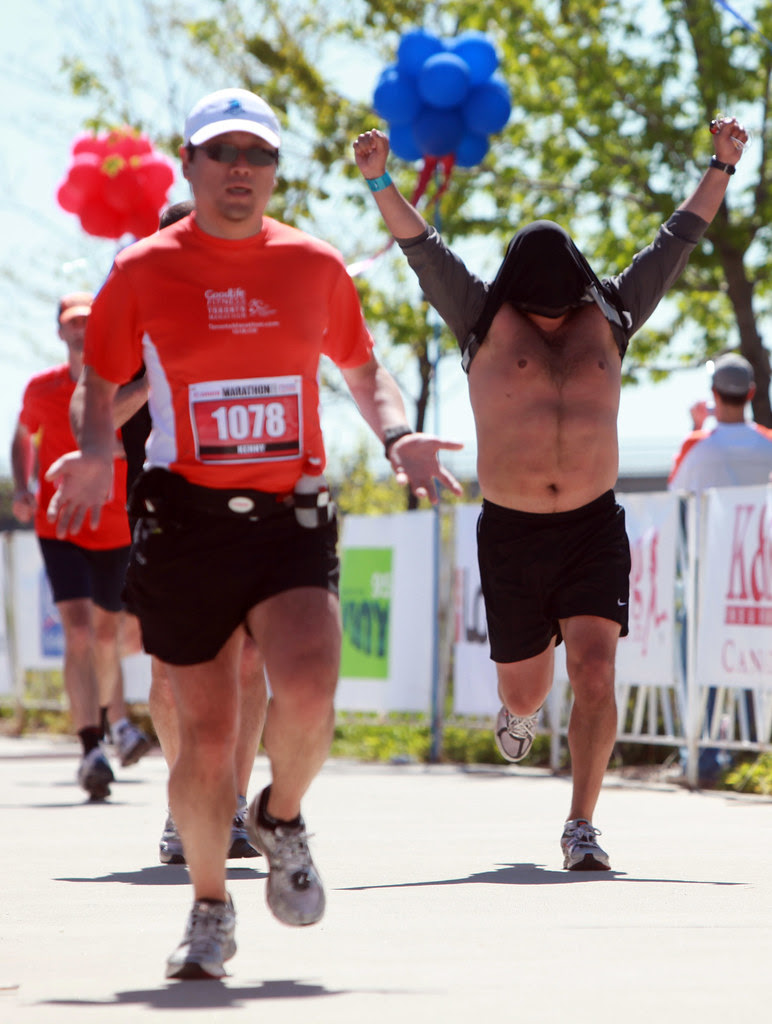 Now two things. First, why is it that some racing photos add a few pounds to you. As Tim and his wife said, the picture didn't look like me! Second, the guy, no way he was running the marathon, right? Maybe he was on the corporate team, doing a half or was a bandit! That's my theory.
Posted by yumke at 9:05 PM

That picture is hilarious, and one-of-a-kind!!! :)

Funny pic! Hope he didn't fall. The position of your hands makes it look like you're having a WTF moment.

That's really funny and I had the same reaction when I saw the photo-if the guy on the right can be that fast....

Ahahaha, that is hysterical! It looks like you're saying "What's with that guy behind me?!"

Funny! I also wondered how he could finish at the same time as you!