It's a little ridiculous that we even call it a mini-taper. If I wasn't a marathoner, I think I'd just call it two days off, but I'll go ahead and say it: Mini taper.

Whatever, I'm obsessing a little over Sunday's half marathon, my first race since the New York City Marathon in November. What the heck was I thinking when I signed up for a 1:45 pacing job in this weather.

That's probably why I'm taking a day or two off. The first day to give my head a shake, the next one to save up some strength to possibly try to keep even pace in (maybe) snow Sunday morning.

The race is a good way to bring in March though. Just having it on the horizon had me eating better, upping my mileage, doing lots of pace runs. Even today, on my recovery run, I found it hard to go slower than 8:06 miles. Think I'll be ready to run 13.1 at the pace, whether I'll be the chatty, happy with plenty of breath pacer is another matter.

Just realized that I'm 45 days until I do Boston. That's about 3.5 weeks until the real taper. Truth be told, I'm following a schedule that has me running the Toronto Marathon in May, so Boston will be the long run before the Toronto taper.

The racing season has begun. It was nice to take a break from organized events. But now it's a half mary, 30K, 8K, Marathon, 10K, Marathon. And that's just until May 15th. May to end of October will bring a lot more races, including three marathons in October alone.

Yes, I need a distraction. Hey, pretty picture I took on my 11 miler yesterday. 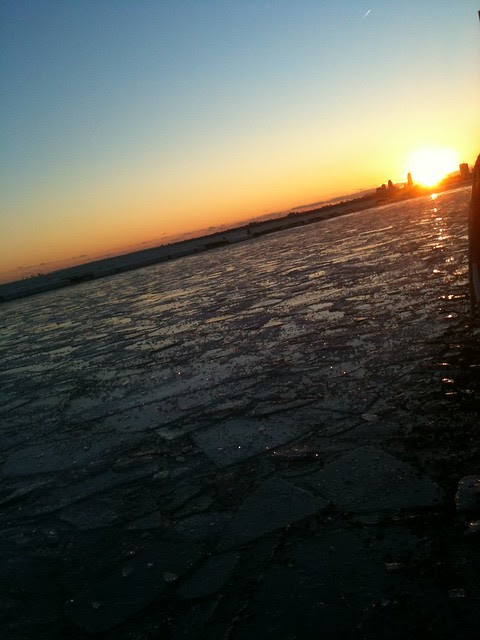 I'l be there too, but I'm running several k beforehand to get in my full distance for the day.

Talk about a busy year!! Good luck on Sunday.

Thanks, it will be busy!

Haha, I'll also be doing extra mileage before and/or after the race. Luckily, my girlfriend's family live 4K away from the start so I can do that just by running to and from there.

I'm "mini-tapering" myself and it boggles my mind that a 70K week (incl Sunday) is considered tapering now...

Have a great run on Sunday - you'll do just fine! Hope to see ya!

Great picture! I hope the run goes well on Sunday.

Have a great race! Let's hope the forecast gets better...