The day after the inauguration 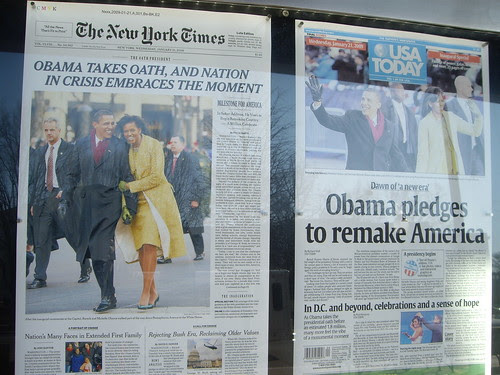 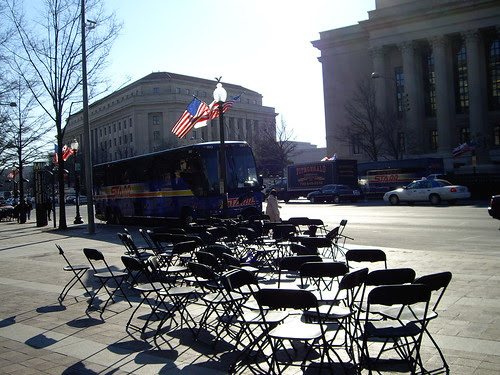 Washington, D.C. -- Last night, just hours after Barack Obama walked up Pennsylvania Ave., and as he took his first dance while galas and balls were under way, things were quieting down in the district's Penn Quarter.

I visited a few restaurants for drinks. Nearly empty. Other establishments that were previously advertising 3 a.m. closings were dark by 10:30 p.m. The temporary inauguration superstore had more goods than they could even give away because there was no one left in the area. The mass exodus, it seems, began early.


This morning, even the National Mall, where hundreds of thousands gathered just 24 hours before, was empty, the evidence that there was a big event was the crews tearing down the portable sidelines and the trampled grass.


But it still was buzzing. At the White House, protesters were back to remind us about Guantanamo Bay, school trip lines were making their way to the back of the White House for pictures and in my back alley, where the Ford Theatre's back exit, also known as the escape route that John Wilkes Booth took, filled with school kids taking pictures. 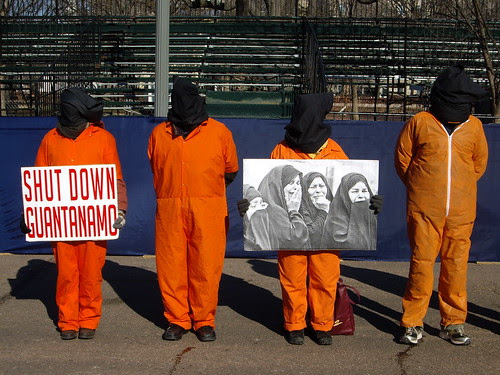 Nothing has changed but everything has in a way. I went into a convenience store to snap up newspapers -- USA Today, New York Times and $2 collectable Washington Posts -- and they were being snapped up in big quantities. Local residents had Obama gear on and tourists were making their way out of the city.


My favourite moment was, while walking away from the front of the White House, a mother and her child were walking away. The little girl was saying the names, "Bush, Obama." One hand, she was holding her mom's, in the others, she clutched an action figure of the new President.