Obama's inauguration: The accidental tourist's glimpse of the President-Elect

I had not been in Washington, D.C. for more than 10 hours before I got exactly what a lot of people want to see: Barack Obama, in the flesh.

And I've got the photo to prove it.

In the middle of a morning run around the Mall, I was a few blocks east of the White House at Pennsylvania and 14th Street NW. A bunch of police cars came swerving in front of me, blocking off east-west traffic and clearing a route south. In minutes, the officers in cars had cleared blocks worth of traffic and I thought, 'no, can't be?!'

I've seen several motorcades in this city so I felt this could be my chance if this was Obama's motorcade. Luckily I was lugging around a point-and-shoot camera for the four miles, and it had just a little bit of juice left in the -10C weather. I stood at a street corner and waited. A man asked if we could cross and I shrugged. I wasn't going to budge if the President-Elect was coming down the street.

Silence was followed by flashing lights and a motorcade. 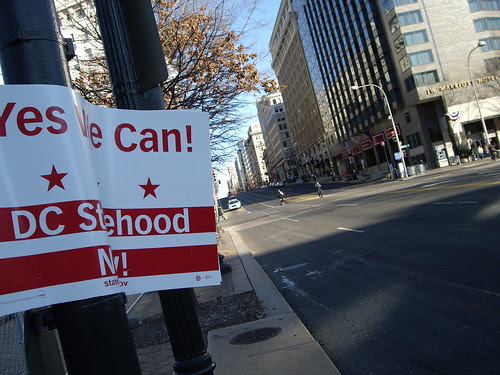 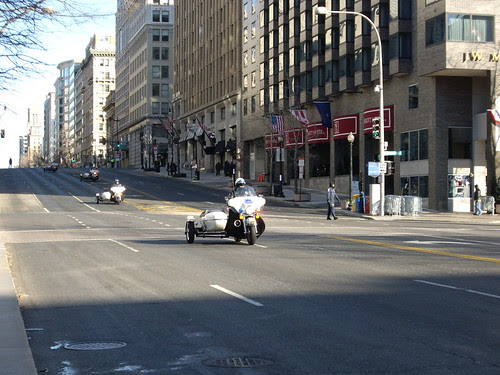 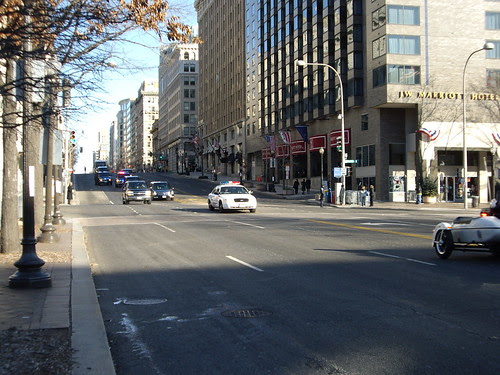 They came down the hill. I can only remember thinking, 'take the picture' as it quickly went through. In that flash of a moment, I saw him through the window staring ahead. I couldn't wave since I was trying to take pictures. As he whizzed by, I saw the Secret Service agents, the trailing emergency vehicles and off they went. 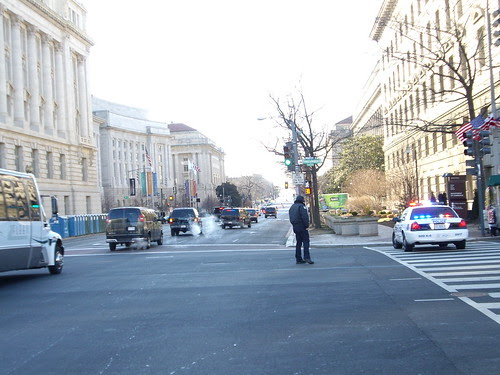 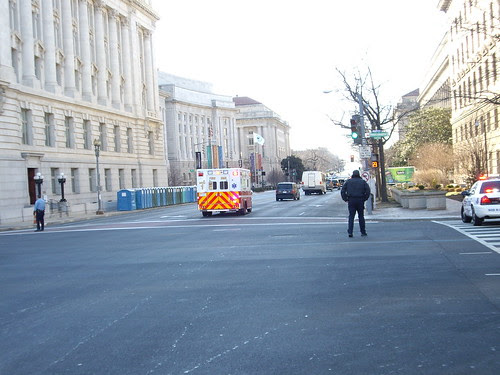 I walked up the street in disbelief. What had just happened?

Later, I downloaded my picture and found a wire picture taken later at the airport. And there it was, my picture of Barack Obama (full sized picture).

Compare that to the picture of Obama that I posted in the cross post at the National Post. (Don't have personal rights to wires!) 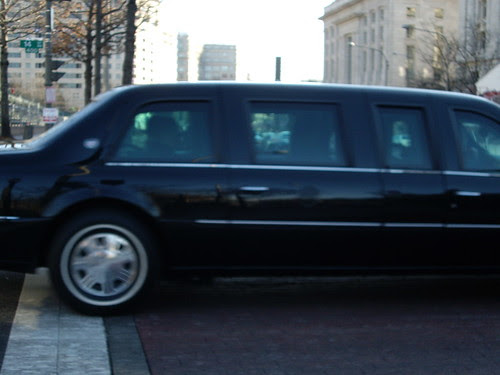 I don't know, it was surreal to see him, but that extra spring in my step when I ran home probably was showcasing a little bit of excitement.
Posted by yumke at 1:50 PM

Hey, good to see ya around. More coming!