Washington, D.C. -- I took a stroll through the city today as it was preparing for the inauguration and it was pretty quiet. A gusty wind was making the -10C feel much colder, and it drove a lot of people away from the main venues. I found myself the lone person on some stretches of the National Mall. Here are some of the things I saw on around town. 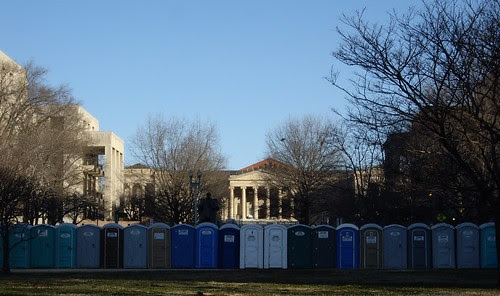 The tourists hadn't come out in full force on Friday morning but the city was preparing for them in at least one respect. When they come in massive numbers, they'll have hundreds of portable washrooms. When I arrived at a Metro station, I counted a full 43 in front of the Navy Memorial. Then I walked down the next street and counted another 20 flanking a statue. I then lost count. The Canadian Embassy has a dozen or so in the park next door and the route from Lincoln Memorial and Capitol Hill is fortified with them. Of course, once finds a place to stand on inauguration day, who will want to give it up?

The best seats in the house, the cheap standing areas


During inauguration day, there's no way I'm going to be anywhere close to the Captiol Hill so I ran right up to the fences. There are thousands of metal chairs (hope they allow people to bring cushions) on the front lawn. These are among the best views anyone will get but you'll have to have one of 225,000 tickets. 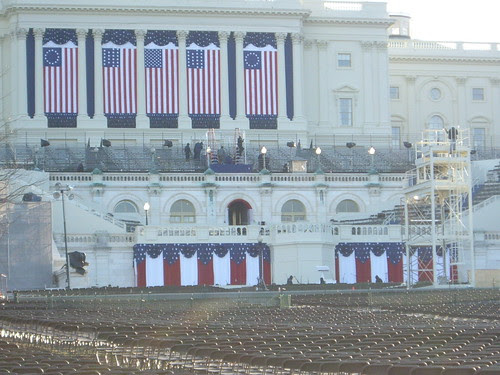 Later on, while making my way to the other part of the Mall, I stood where the ticketless general public will be allowed to be stand. Quite a difference but fear not, they're installing about 22 Jumbotrons throughout the Mall. 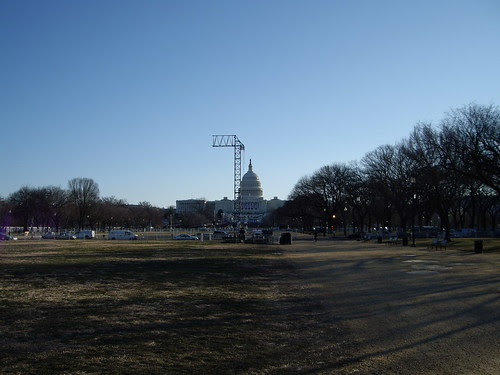 
On the other end of the Mall, preparations are under way for the massive celebrity-studded concert at Lincoln Memorial on Sunday. 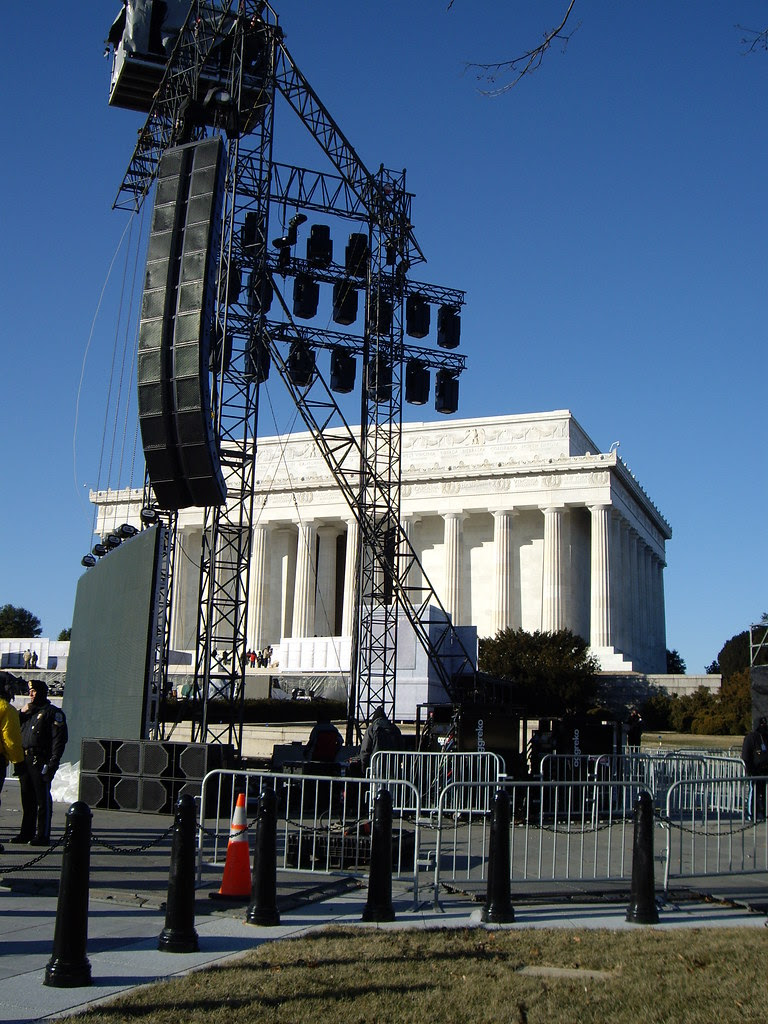 It'll be broadcasted by HBO for all networks so you'll get a good chance to see it. I'll try to make my way down here, but here's a look at the sound stage. 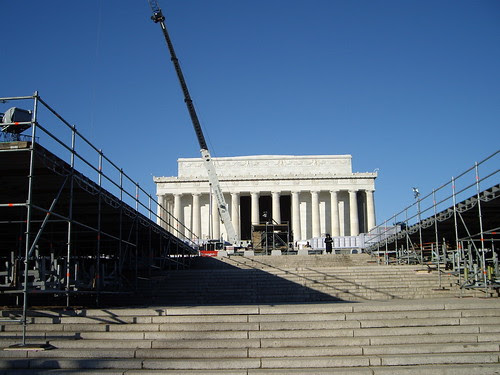 What's a party without food?


I was THIS close to buying six Barack Obama cookies for $4.49 at Safeway. I was there to stock up on groceries ahead of the hordes. We're planning to have enough food for the next five days, plus there's a chili cookoff that we're having in honour of inauguration. Here's a shot of cupcakes (or full cake?) at the Safeway. 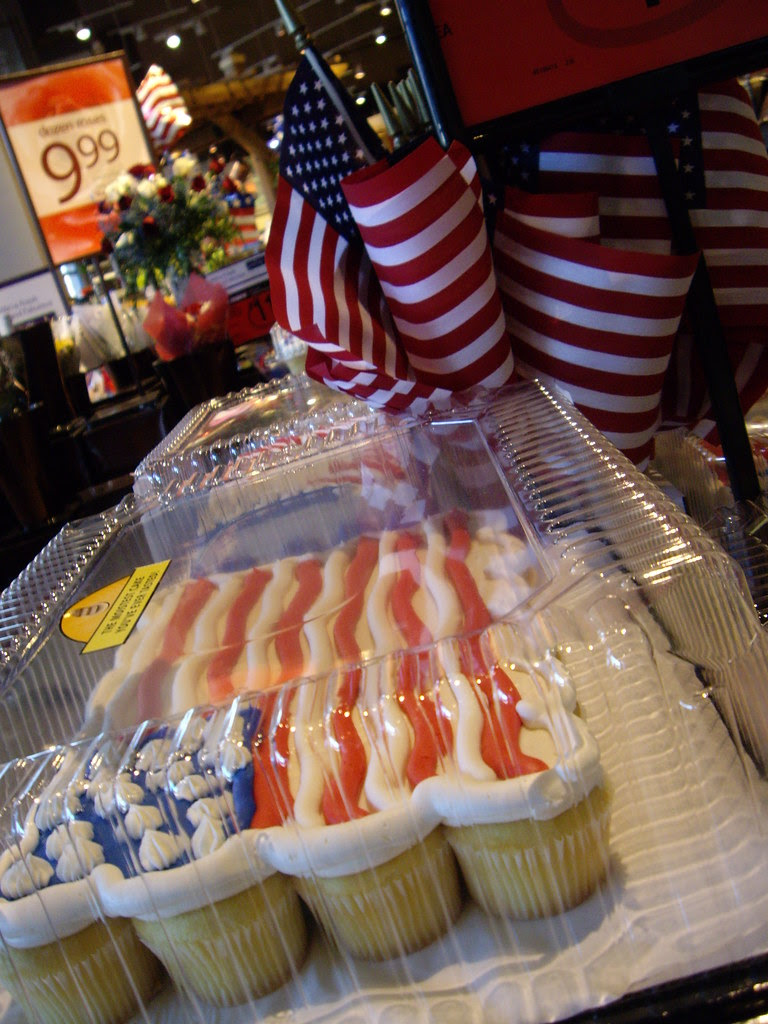