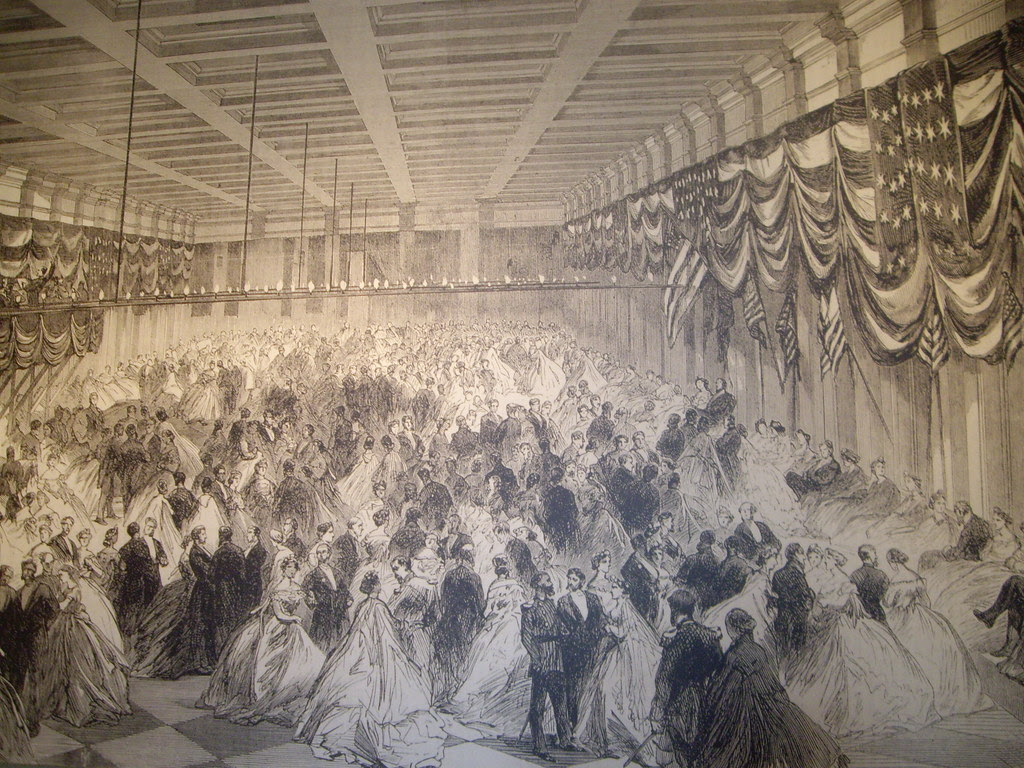 The hottest events in Washington D.C., are the 10 inaugural balls (including a Neighbourhood Ball for lucky D.C. residents), which prompts questions like, 'What the heckis a ball other than a big prom?'

Well, that wouldn't be too far from the truth. The balls are high-priced events and are places where, if you're lucky enough to get a ticket, you should be dressed up to the nines to hobnob with the country's elite.

The Obama inauguration committee has a post looking back at past balls, along with pictures of gowns and some historical evidence.

"Washington started the inaugural ball tradition in grand fashion, but Dolley Madison, wife of our fourth president, was the first to make the ball an official part of the inaugural celebration in 1809. For a mere $4 (roughly $80 today), anyone could attend the first official inaugural ball and rub elbows with the country’s elite...."

Some interesting tidbits, first, about the eats available:

And some weather woes that intruded on another ball:

Ulysses S. Grant’s 1873 inaugural ball suffered from 16-degree weather and a lack of sufficient insulation – guests were forced to dance in their coats and sip glasses of slushy champagne. The oysters served there froze and worst of all, a hundred decorative canaries perished.

More from the Obama inaugural blog on past balls here.

I spent a few hours at the National Portrait Gallery and American Art Museum. They had set up a room commemorating Abraham Lincoln's gala in March of 1865. From the Evening Star, here's part of an account of the night:

"Unquestionably the Ball last night in most essentials surpassed any previous affair of the sort since Inauguration Balls were inaugurated. There was first an unsurpassed room and series of rooms for the purpose. Such another magnificent ball room, supper room promenade hall, and series of apartments for refreshment rooms, dressing rooms, cloak rooms, &c., were probably never before found in conjunction. under one roof.

"Between ten and eleven o'clock the military band struck up "Hail to the Chief," indicating the approach of President Lincoln and party, and on their arrival a path was made for them through the throng to a dais at the center of the north side of the hall.

"Mrs. Lincoln was attired in admirable taste. She wore a white silk skirt and boddice, an elaborately-worked white lace dress over silk skirt, a berthe of point lace and puffs of silk, and a white fan trimmed with ermine and silvered spangles, white kid loves and lace hankerchief, and a a necklace, bracelet and earrings of pearls... (it goes on, and on)

"The President was dressed in black, with white kid gloves"

Here's one of the original dresses worn at that inaugural, shown at the museum. 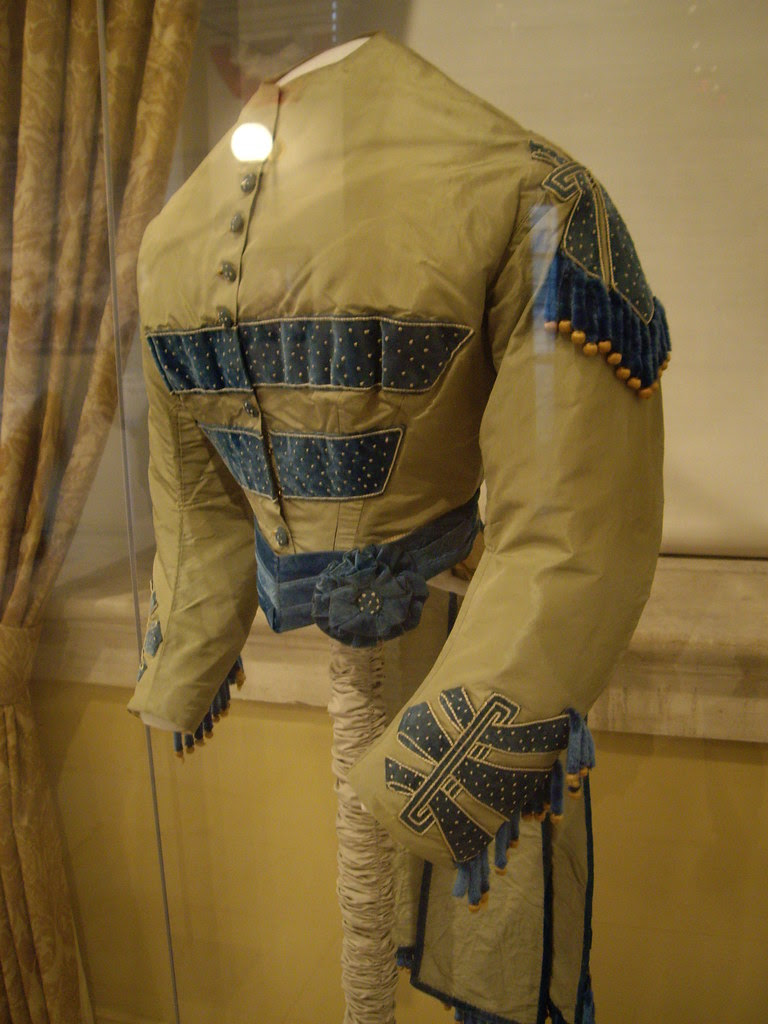 Next, we'll look at the venues where this year's balls are being held.