Washington, D.C. -- I wrote last week about the souvenir stores that are proliferating Washington D.C.'s Penn Quarter area. Now that I'm in the mood and since the official store opened, I visited two of them to buy souvenirs for family and friends. 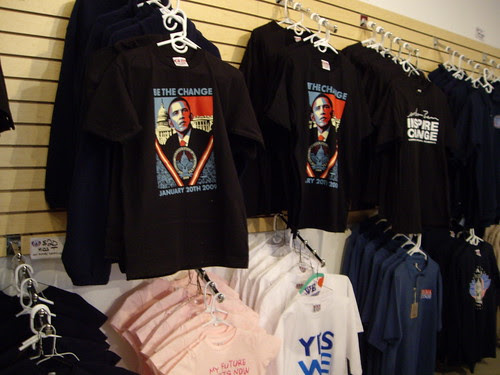 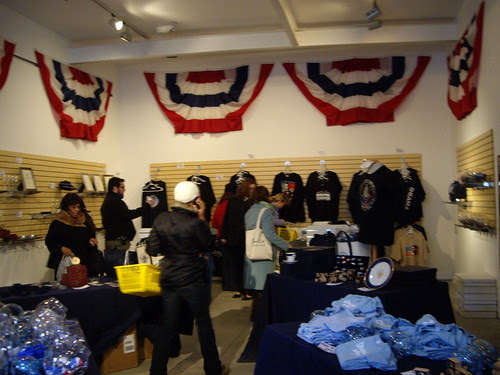 The Official Inauguration Collectibles store on E Street NW was filling up quickly with tourists. I walked in there at the noon hour and it quickly filled up with tourists, locals and one camera crew. The hot items seemed to be the buttons -- Michelle Obama, Obama 2009 and family shots for $2 a piece. The staffer at the cash said it was gearing up to be a busy day. I asked whether they're going to run out of stuff, she looked around, shrugged and said "Probably." A cameraman shoots B-roll of people lining up to purchase Obama gear. 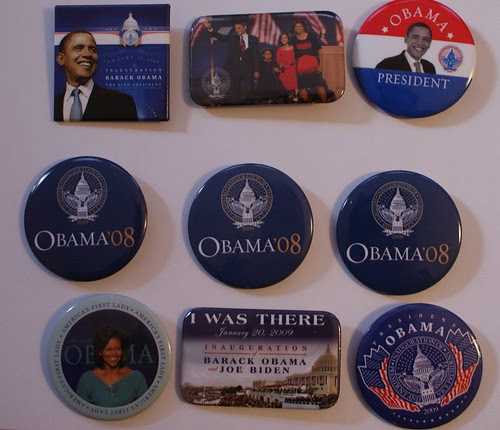 Down at another temporary superstore, there was a vast amount of merchandise: Hats, shirts, sweaters, coasts, newspapers, flags, pins, mugs. They have an interesting collection of
T-shirts. 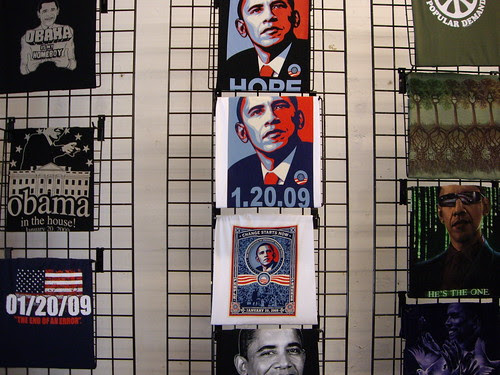 Some of the stuff is beyond silly. Barack Obama and John McCain condoms: "Use with good Judgement." 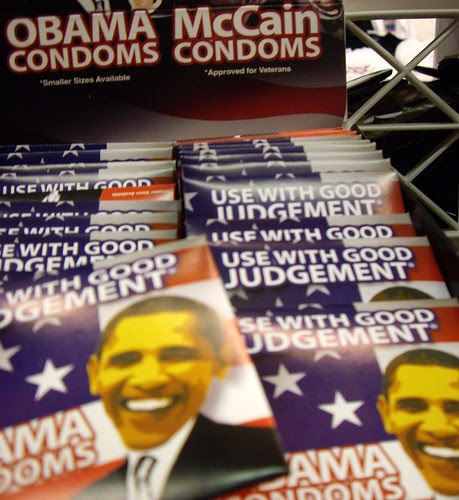 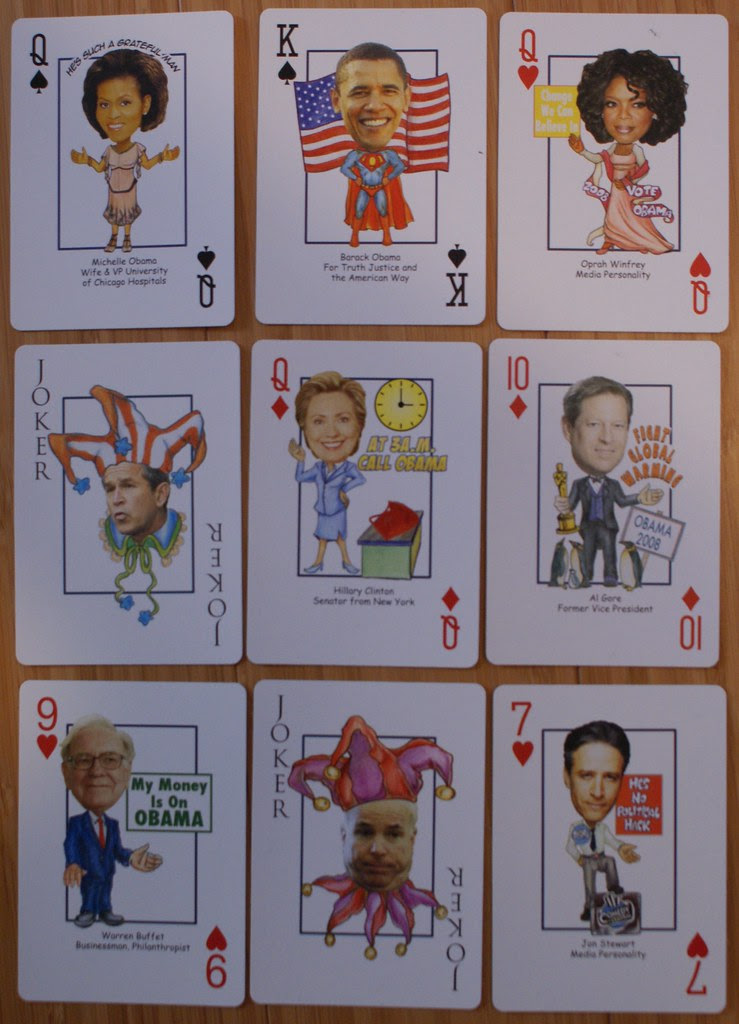