Obama's inauguration: Inside the White House, a big meeting. Outside, a construction zone

The pace of inaugural 'news' is quickening. They've announced the official ball venues, announced flight restrictions, announced the first winner of a citizen who gets to go to Inauguration Day and who will ride on the train with the Obamas and Bidens.

Meanwhile, north of the White House has become a construction zone,
where they are erecting seating and also the Inaugural Stands, where
the President will presumably review the parade. (see map).
We'll catch up on other subjects later but I thought I'd use up these photos before they're outdated. Last Saturday, I took a stroll through the White House area on the way to Georgetown and snapped these photos on Pennsylvania Ave, north of the building. 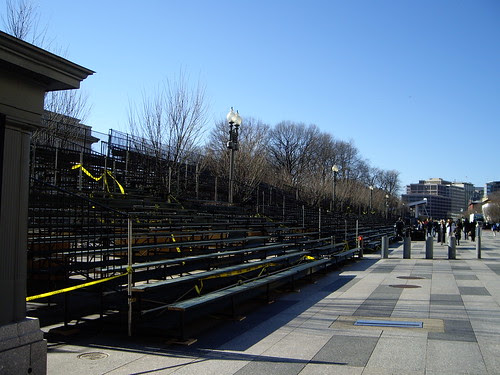 The U.S. Treasury Building, which is right next to the White House 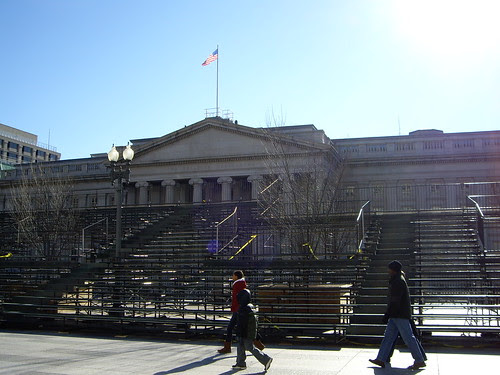 White House in the background, Inaugural Stands in front 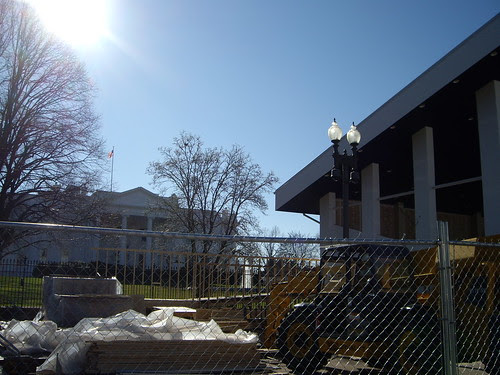 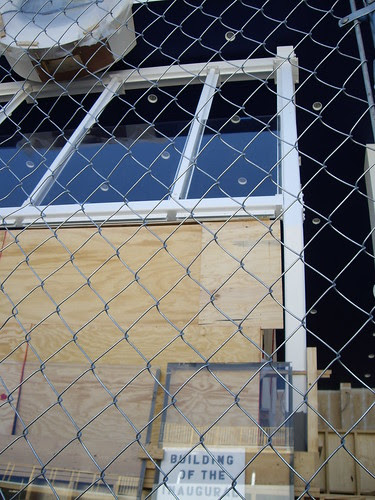 Side view of the stands 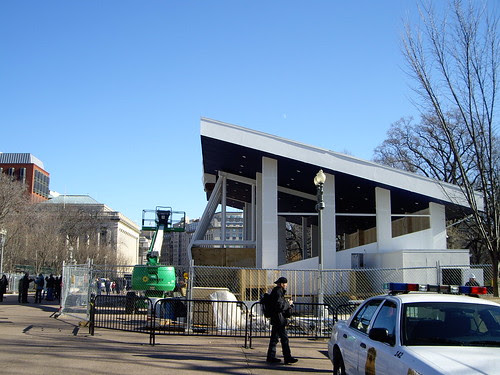 And the obligatory shot of the White House 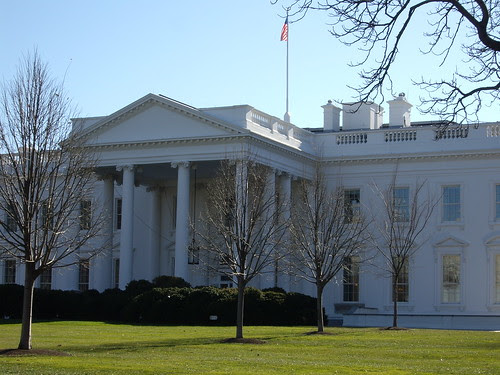