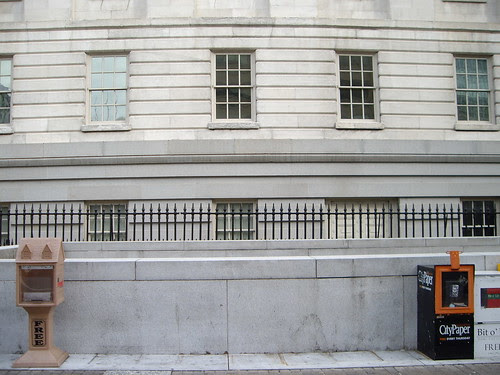 I noticed yesterday that The Onion newspaper box on the corner had gone missing. Then I was walking by the Metro station nearby and noticed a big gap of newspapers. Are security officials worried that they could be a threat? Well, sticks and stones.. 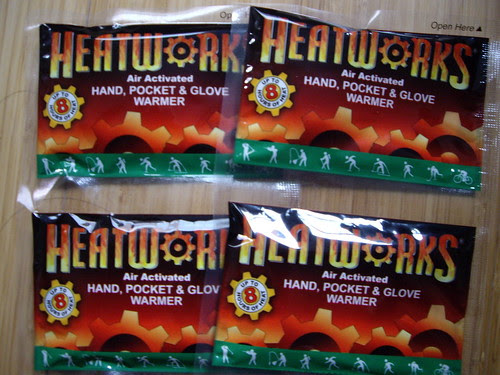 Before I flew over to D.C., I stocked up on handwarmers in Toronto. Now that we're dealing with an inauguration day with forecasts high of 0C and low of -7C, it has caused a lot of unprepared tourists and residents to panic, especially now they're calling for 30% chance of snow. I headed over to the drugstore and picked up a few more handwamers for Sunday's concert at Lincoln Memorial. Later, looking for an extra touque, I walked into the City Sports in Penn Quarter and it was bedlam. People trying on hats, picking up longjohns and mitts. At the nearby H&M, no scarves or hats were left. At a Target in the city, handwarmers were out of stock. I just may have in possession one of the few toewarmers in the city. 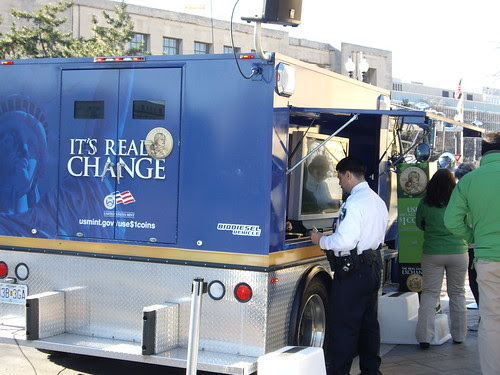 Change is the key word in the district. During a morning run today, my girlfriend and I passed a truck with the sign 'It's real change'. We stopped and a woman told us they were holding a publicity drive to slowly wean Americans off the bill and start coins. "We've alrady got rid of the one and two dollar bills up in Canada," I offer. "We're one of only three Western countries with one dollar bills," the woman replies. I wonder what they'll call the new dollar.
Posted by yumke at 5:00 PM

I hope you'll tweet from the concert. I really wanted to go, but ugh the kids, the cold...

Hope you're enjoying the city.

I will indeed or at least i'm planning to